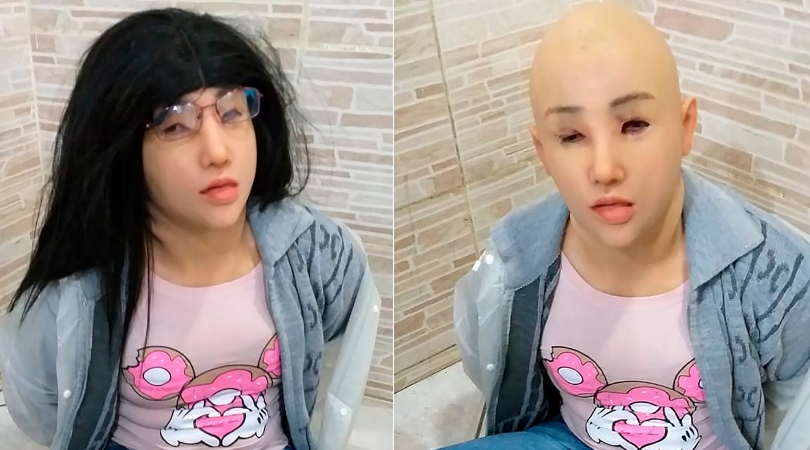 A Brazilian gang leader desperately tried to escape prison by literally dressing up as his teenage daughter, silicone mask and all, when she visited him behind bars. The man managed to walk out the penitentiary’s main door in her place. But of course, his master plan didn’t quite work out as he expected after prison officials saw he was insanely nervous.

According to authorities, Brazilian drug trafficker Clauvino da Silva, also known as “Shorty” or Baixinho, planned to leave his poor 19-year-old daughter inside the jail, in the western part of Rio de Janeiro. Police are now looking into her possible role as an accomplice in his failed escape attempt from Gericinó prison. Rio’s State Secretary of Prison Administration released photos of the man in a silicon girl’s mask, with a long dark-haired wig, wearing a pink shirt with a cartoon image of donuts and tight jeans.

The prison also released a video which showed da Silva removing the mask and some of the clothes, saying his full name. Authorities stated da Silva was part of the leadership of the Red Command, which is one of the “most powerful criminal groups in Brazil that controlled drug trafficking in a large part of Rio.” After the hilarious and failed escape bid, da Silva was transferred to a unit of a maximum-security prison and is facing disciplinary sanctions. He is serving a 73-year sentence for drug trafficking.

He previously escaped Vicente Piragibe Penal Institute in Gericino prison back in 2013 after fleeing through the sewer system. This time, his plan to walk out through the main door and leave his daughter just didn’t seem to work out. Because well, I don’t know how alike these two are, but something tells me that guards would automatically know something was up if they saw a woman stuck inside for quite some time.

His daughter, along with seven other people who had recently visited da Silva are now being questions. Officers believe they smuggled in the items the inmate used to disguise himself.