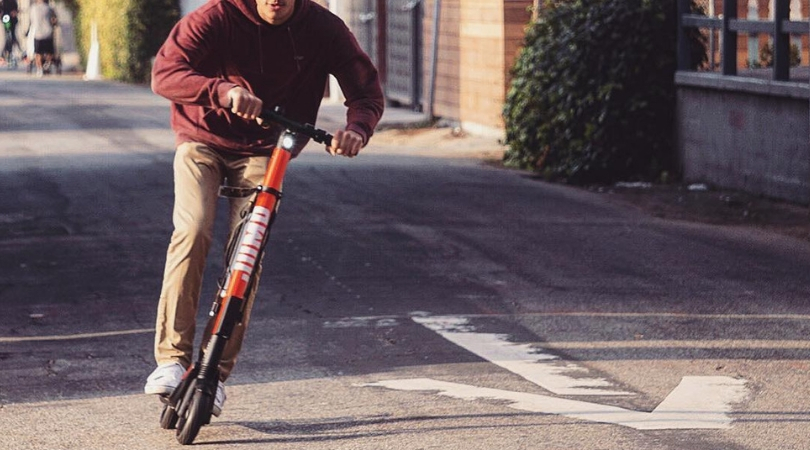 You win some and you lose some, right? You’ll never know unless you try, and boy did this kid try. If you have ever been to Austin, Texas, you know that the city is full of app-based electric scooters that have pretty much have taken over the streets. For some, they are God’s gift sent to earth to help them around the town, but to some, including myself, they are a curse. Falling off of those things are no fun! Get them out of out of here, nobody wants them!

Anyway, an 18-year-old Austinite didn’t get the memo that the scooters are only good to run for few miles and not all the way across town after committing a crime. According to authorities, the bank robbery occurred at the BBVA Compass Bank on Sixth Street on December 18th. Luca Mangiarano approached the teller wearing a hoodie and handed her a note demanding money. The note read, “This is a robbery. Please give me all your 100’s and 50’s in an envelope and everything will be OK.” The teller immediately handed him the money, and he fled…on a scooter.

As if Bird or Lime wasn’t enough, now we have Uber’s scooter as well. . . . . . . #birdscooters #limescooter #uberscooter #scooter #atlanta #midtownatl

Yes, this man decided that instead of driving your traditional white van shouting “go, go go” was too much work, so he opted for a ‘JUMP’ Uber Scooter to make his great escape.

Safe to say when Austin Police arrived at the scene they checked surveillance video from the bank and subpoenaed Uber for the account information for the scooter he used and traced his route through the GPS. Detectives were able to find his email address, credit card number, and phone number, all of which you have to use to rent out the scooter. After finding his Facebook page and matching the description of the man on the video, Mangiarano was arrested for robbery and is being held on an $18.000 bond.

Oh boy, A for effort, my man. Everyone knows that the first rule to robbing a bank is to have at least another person with you and have a functioning getaway car that doesn’t require you to input your personal information. Next time, I suggest at least a bike, or maybe just don’t rob banks. Just a thought. Also, those scooters don’t even go fast, 15 mph tops! You have to give it a little push first.

Watch: Easy Ways to Save Money