A federal judge in New York issued a court ruling that halts President Donald Trump’s executive order regarding immigration to the United States. Throughout Saturday night, thousands of protesters gathered at airports across the country to protest President Trump’s order.

On Friday, Trump signed an executive order indefinitely banning Syrian refugees from entering the United States, and putting a 90-day hold on immigrants traveling to the country from seven middle eastern nations. On Friday, countless numbers of men, women and children were detained in airports around the United States. Many of them had travel or work visas that had previously been approved.

“The court ruled on a habeas corpus petition filed by the ACLU on behalf of two Iraqi men who were detained at JFK airport Saturday following Trump’s ban. Both men, Hameed Khalid Darweesh and Sameer Abdulkhaleq Alshaw, have been granted entry to the United States since,” The Hill reported on Saturday night.

According to President Trump, his executive order was meant to force anyone entering the country would go through extra vetting.

“The whole point of this hearing is to preserve the status quo. If this had been two days ago we wouldn’t be here,” Judge Donnelly said.

Judge Donnelly "The stay is granted!"

According to multiple reports, the stay only applies to those who are already in the United States or who are on their way with previously valid visas.

Read the ACLU’s lawsuit in its entirety here. 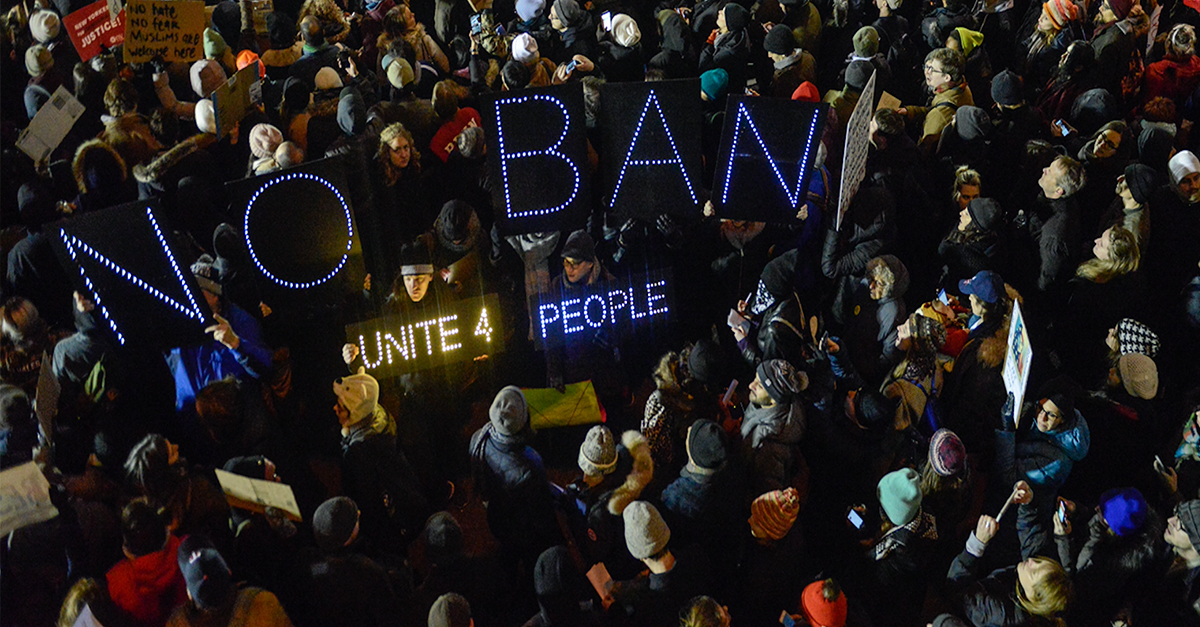