Menu
Follow us
Search
Menu
Search
Attorney General Jeff Sessions gestures as he testifies on Capitol Hill in Washington, Tuesday, June 13, 2017, before the Senate Intelligence Committee hearing about his role in the firing of James Comey, his Russian contacts during the campaign and his decision to recuse from an investigation into possible ties between Moscow and associates of President Donald Trump. (AP Photo/Jacquelyn Martin)

During a Thursday press conference at the Department of Justice, Attorney General Jeff Sessions indicated that he would not be stepping down from his position in the Trump administration. Earlier this week, President Trump criticized Sessions and others in the Justice Department in an interview with the New York Times.

Rumors of Sessions’ possible departure began to circulate after Trump’s interview was released. President Trump told the New York Times that he would not have chosen Sessions to be his attorney general if he knew Sessions would ultimately recuse himself from any investigation into the Russian government and the Trump presidential campaign colluding together.

“Sessions should have never recused himself,” Trump said.

“And if he was going to recuse himself, he should have told me before he took the job, and I would have picked somebody else.”

When asked by reporters how he could continue to serve, Sessions made it clear that he wasn’t going anywhere.

“We are serving right now,” Sessions told reporters on Thursday.

He later added that he was “totally confident” he could continue to run the Department of Justice in an “effective way.”

“I have the honor of serving as attorney general. It’s something that goes beyond any thought I would have ever had for myself,” Sessions told reporters.

“We love this job, we love this department, and I plan to continue to do so as long as that is appropriate.”

After a brief back and forth with reporters, Sessions and United States Deputy Attorney General Rod Rosenstein concluded their press conference. 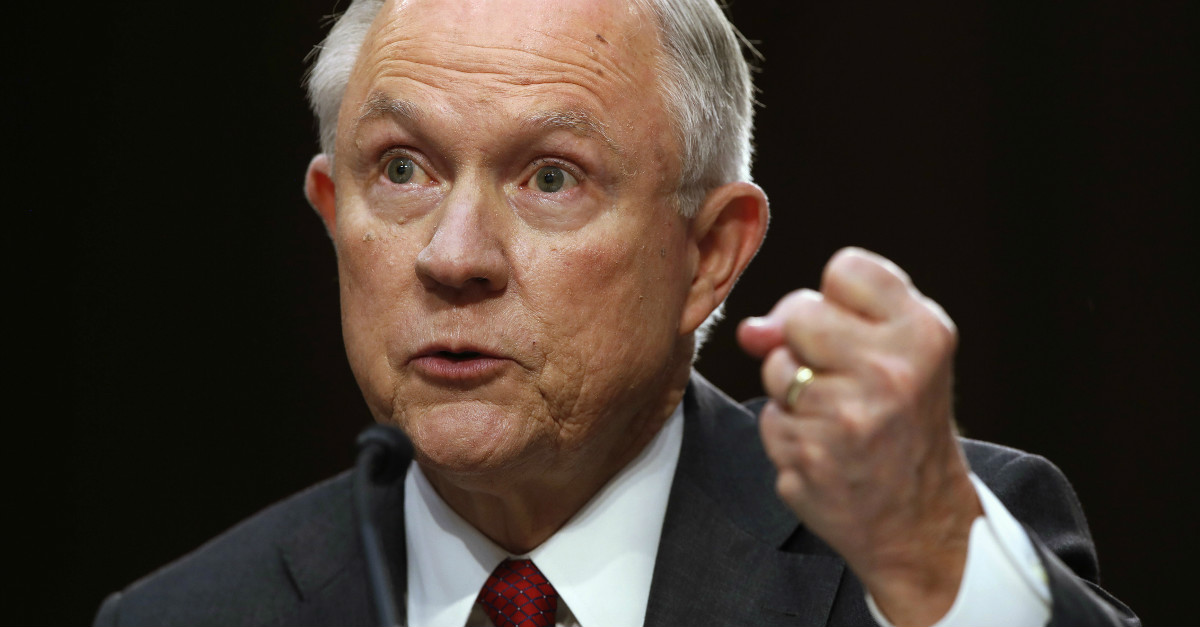