Saying he believed his own testimony to be “honest and correct as I understood it at the time,” Attorney General Jeff Sessions announced his intent to recuse himself from future investigations into the Trump campaign, particularly pertaining to its ties to Russia.

This afternoon, Sessions called a press conference in which he announced “I have decided to recuse myself from any existing or future investigations of any matters related in any way to the campaigns for President of the United States.”

The recusal follows bipartisan calls for Sessions to step away from investigating the Trump campaign after news broke last night that Sessions had met with Russian Ambassador Sergey Kislyak at least twice, which was contrary to what Sessions said in his own confirmation hearing. Some Democrats, including Nancy Pelosi, have called for his resignation.

However, the Attorney General defended himself by claiming he had taken “no actions regarding any such matters, to the extent they exist.” He instructed viewers that his own recusal from present and future investigations “should not be interpreted as confirmation of the existence of any investigation or suggestive of the scope of any such investigation.”

Sessions said recusal was first recommended to him by Department of Justice ethics officials, whose counsel he promised to seek in the matter of potential impartiality. He quoted his own confirmation hearing in his statement, repeating “if a specific matter arose where I believed my impartiality might reasonably be questioned, I would consult with Department ethics officials regarding the most appropriate ways to proceed,” which he first promised in testimony.

Acting Deputy Attorney General and U.S. Attorney for the Eastern District of Virginia Dana Boente, he said, will take his place in matters from which Sessions has recused himself. 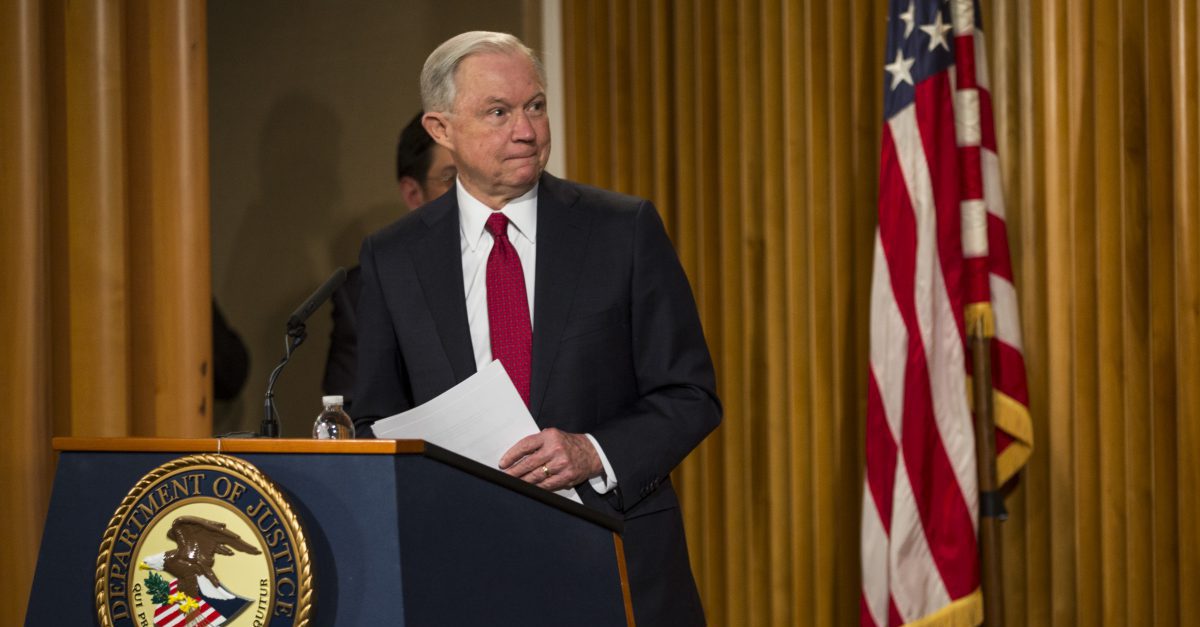