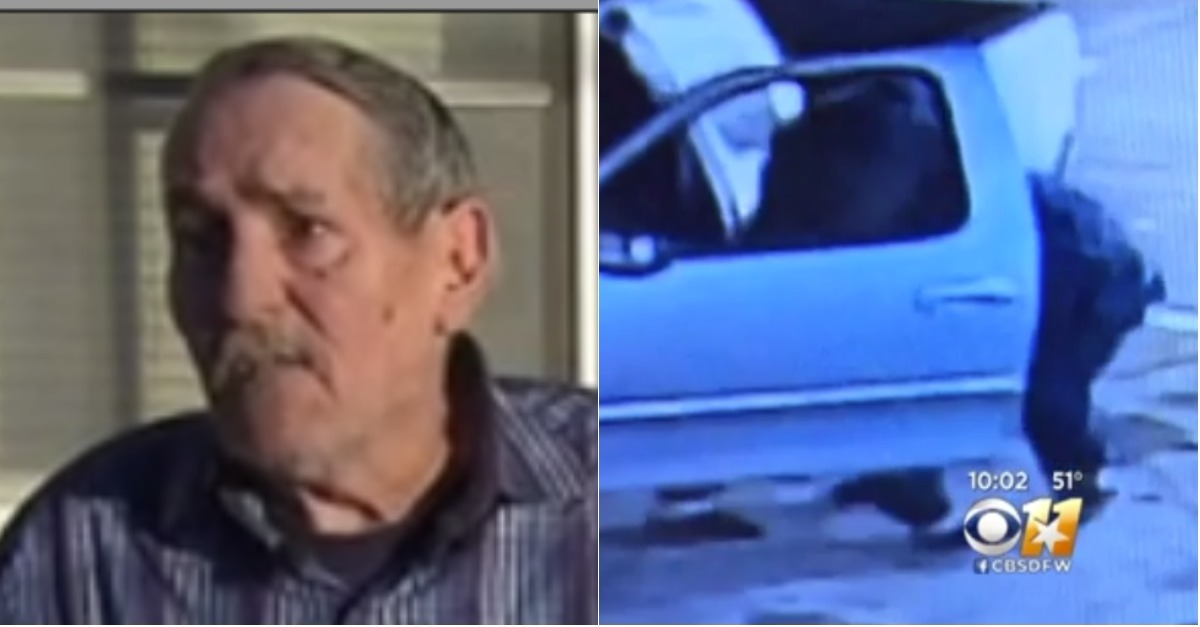 A disabled Texas veteran’s usual morning routine was interrupted by a carjacker in a harrowing attack that was captured on security tape.

Sixty-nine-year-old Alan Huddleston was getting his morning paper from his local Shell gas station on the morning of Jan. 15, when he was attacked by a man who had approached his pickup truck. As Huddleston exited his truck, his attacker grabbed his wallet and attempted to force his way into the vehicle, reported KXAS-TV.

“I go to enter the store, he grabbed the billfold out of my hand,” Huddleston said.

Instead of backing down, however, Huddleston battled it out with the thief in close quarters.

“I thought I could get a hold of this rascal, and I tried to,” he said.

The Vietnam veteran revealed that at one point, he managed to put his assailant into a headlock and pull him out of the truck, but the much younger robber was able to fight him off and steal his keys.

“I’m still hanging on, still fighting him, and he drives off. When he drove off, of course, I went down,” Huddleston said. “I’m just sorry that he got away.”

Already disabled, the Navy veteran was dragged several feet by the carjacker, leaving him with scrapes and a slight break in his leg. Luckily for him, his car was found abandoned by investigators and was returned by his sister. Still, the carjacker is still at large, and bringing him to justice is all Huddleston is focused on now.

“There’s no doubt in my mind he’s done this before,” Huddleston said.

He told reporters that if given the chance, he wouldn’t have done anything differently.

“Sure, I’d fight him,? Huddleston said. “You’re damn right I would.”

Authorities are now asking for help from the public to identify the suspect.

RELATED: Carjacker caught on camera at gas station gets more than he bargained for and runs