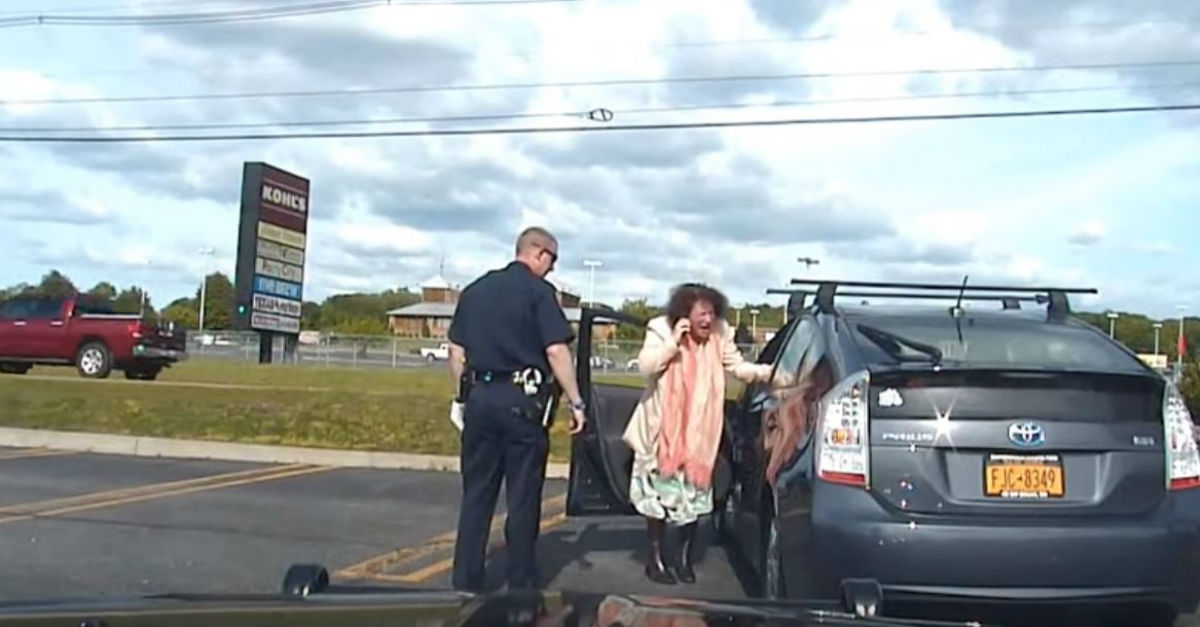 County legislator Jennifer Schwartz Berky, a Democrat up for re-election on Nov. 7, says that her behavior was unacceptable in a recently released video showing her being pulled over for speeding by a local police officer.

In the clip, which was posted online, Berky is pulled over and begs the officer not to issue her a ticket, saying that she’ll protest it in court. When officer Gary Short tried to hand her a seatbelt ticket, she protests and asks that he give her the original ticket.

RELATED: A routine traffic stop lead to a startling discovery that landed one man behind bars

Berky has since apologized for her behavior, saying that she was out of line, Hudson Valley One reports. She stated, “I know my interaction with Police Officer Gary Short was unacceptable. I want to apologize to Officer Short and thank him for his patience and professionalism with me during a very difficult time,” she said. “This has been a humbling experience for me. I hope to use it to grow and learn how to better represent the diverse working families who reside in the great the city of Kingston.”

Berky’s lawyers objected to the release of the dash-cam video, saying that it would compromise her right to a fair trial. At one point in the video, she says that she is having a panic attack but when Short asks if she wants medical attention, she waves him off. Throughout the video, she claims that she was driving at the speed of traffic.