There are tattoos, and then there’s the tattoo a trucker from the U.K. named Kenny Ollerenshaw is now sporting.

RELATED: Despite warnings, this man went swimming after getting a new tattoo and met a tragic end

The tattoo starts at the neck and shoulders and spans down his chest. What does it show? The shoulders and chest of a tiny man steering his body.

You may disagree with Ollerenshaw, but he’s okay with that. He’s the kind of guy who will get this tattoo and then alternate shoulder shrugs on camera to make it look like his body is being driven by a tiny version of himself.

“I keep looking at it in the mirror and thinking it’s just crazy. You should see what happens when I tense my pecs,” he said, saying he gets slapped for asking women if they “want to see lil Kenny” — the tattoo, not the other thing, supposedly.

“My family are all on board with it,” he said. “The way I look at it is if people don’t like it then they don’t have to wear it.”

If nothing else, he admitted that it at least has “the ability to make an entire room of people smile and laugh and get them talking.”

RELATED: A tattoo artist got the shock of his life when his client’s boobs exploded

The man behind it all, Richard Batey, was really excited about his tattoo work, his Facebook shows.

Here’s what he wrote there:

I’ve been so excited about starting this tattoo! Had the idea for ages but needed the right client with the personality to pull it off, then along came wanting his first tattoo! Game on! Two full sleeves, chest and shoulders of ACME! Automotive Cybertronic Mechanical Engineering. So here’s a look at where we got to on the first of many sittings, still loads to do but had to post it and see what you guys think???

The internet response to the tattoo has been mixed.

“Looks to creepy for me….. I love tatoos but this…” commented another.

“Disturbing beyond comprehension… why fk yourself up with this st?” asked a third.

Others have been kinder the tattoo. Where do you fall on this? 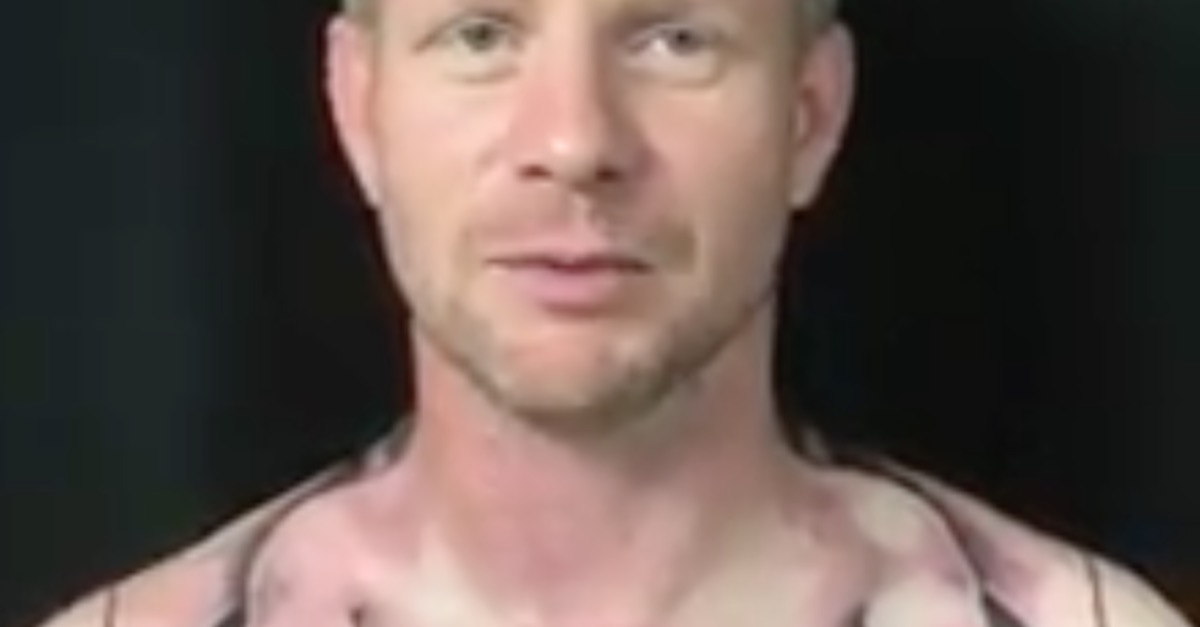