A suspect in a Charlotte, NC car chase surprised officers and news broadcasters alike when he got out of his car and continued the chase by jumping on a moving train.

The unbelievable footage was captured by WSOC’s Chopper 9 helicopter.

RELATED: Suspect leads police on an insane car chase, and once cornered, he doesn’t go down without a fight

WSOC reports that the chase started in West Charlotte this afternoon. Around 4:30, the suspect’s vehicle exited I-85 on the Freedom Drive exit, according to Fox 46 Charlotte. As the allegedly stolen car sped on, the driver confronted a slow-moving freight train crossing the road in front of him.

Instead of stopping for the train, the suspect simply switched rides. He’s seen running alongside the train before grabbing onto a ladder rung of a car hauling scrap metal.

The train slows and eventually stops, but only after the suspect has fled.

Police arrested two suspects who stayed with the car. The suspect who took the train is still on the run. WSOC reports that police are going house-to-house in the neighborhood the suspect is believed to have escaped to. 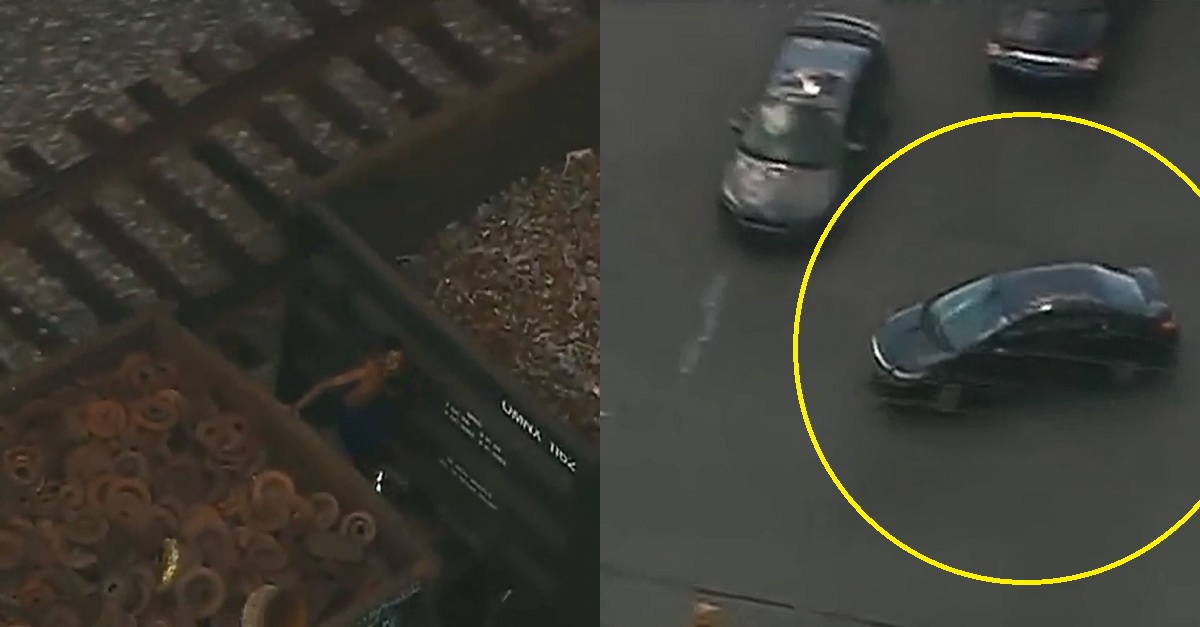