Suspect leads police on an insane car chase, and once cornered, he doesn’t go down without a fight 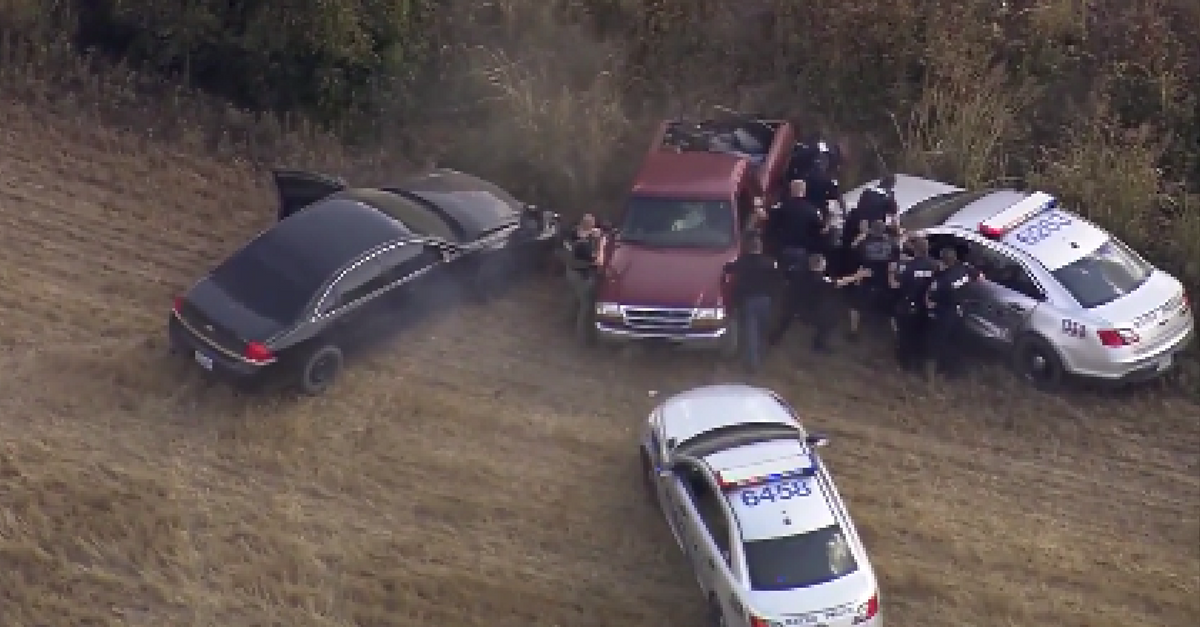 A multi-state car chase that lasted nearly an hour came to a halt Thursday afternoon when around a dozen police officers cornered the suspect in a field and had to physically attack him in order to subdue him.

Officers from the Louisville Metropolitan Police Department began pursuing Robert G. Ellis, a man who was wanted in connection with a string of recent thefts. Indiana State Police were forced to join the chase when Ellis crossed state lines.

RELATED: This idiot doesn?t look twice before he passes a semi

Helicopter footage captured the suspect leading police into Indiana across grass patches and baseball fields. Ellis eventually drove over several police spike strips, causing him to swerve into a nearby field with as many as 22 police cars following. They drew their guns as they approached the truck and pulled Ellis out. The video then shows a few of the officers punching and kicking Ellis.

?After a short struggle, the driver was taken into custody,? the department said in a press release.

Ellis was charged with fleeing/resisting law enforcement, and police found multiple handbags in his truck. According to first responders, he complained of pain while being transported to the hospital. He will be taken to a local jail once released, and his arrest is currently under review.

RELATED: One driver thought he could intimidate another motorist, but his opponent stepped out of the car with a tire iron