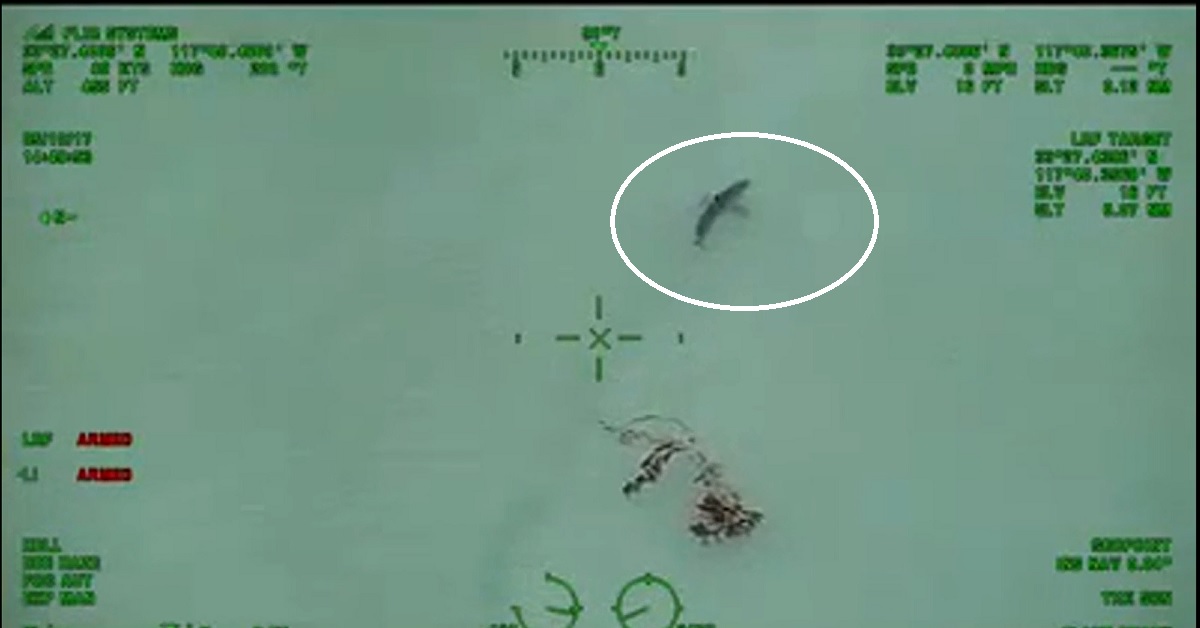 Wild video provided by the Orange County Sheriff’s office shows footage from a department helicopter as the operator warns beachgoers and paddleboarders to stay away from “approximately” 15 Great White Sharks that had gathered at the shore.

RELATED: This gargantuan shark dwarfs the fisherman who reeled it in

CNN reports the final number was closer to 25 Great Whites that appeared en masse up and down the Orange County coast. Police posted shark warnings and told swimmers that they entered the water at their own risk.

The video shows Stockbridge’s chopper flying over the beach, warning a group of paddleboarders that they were advised that they were “paddleboarding next to approximately 15 Great White Sharks.” Stockbridge recommended that swimmers “exit the water in a calm manner.”

No one was hurt while exiting the water.