A family was in for a horrible surprise when a large hawk flew above them at a barbecue in Melbourne, Australia, last Friday.

The family was sitting at a park near the Yarra River when a hawk let go of a huge snake it was carrying near the family, according to the Daily Mail. Douglas Wong captured the footage as the snake dropped from the sky and slithered on the ground.

RELATED: A Florida woman had to flee her apartment after slithering creatures were coming out of the walls

The family screamed as the snake landed and ran as fast as they could from the slimy creature.

RELATED: Your skin will crawl when you see this gross snake trapped in its own shed skin

Many people speculated that the video was fake and wrote comments like “Douglas, if that is your real name, could you please take a bit more care when you make a fake video. The ‘hawk’s’ flight is all wrong but especially the turns. Even if the hawk looked real the snake would have let you down. The seagull looked real only because it was a real seagull that did not reacted to the ‘hawk’ which it would have if a bird of prey was flying around there,” and “I cringed for how fake it is!”

The video has been viewed more than 48,000 times since Wong uploaded the footage to YouTube on Monday. 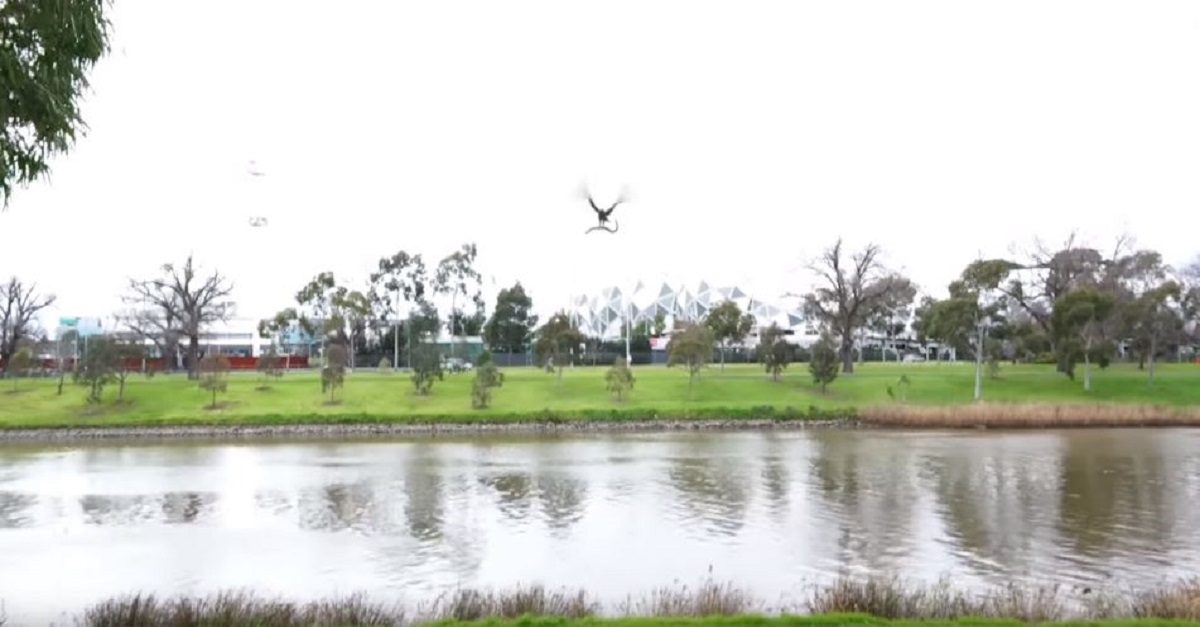