National Review’s David French says that the Fox News’ rightwing echo chamber and personalities desire to become stars within it is what has hurt conservatism. “Conservatives gain fame, power, and influence mainly by talking to each other,” French writes, adding that “they never get a chance to preach to the unconverted.”

The Federalist’s Ben Domenech thinks French is being simplistic:

What bears more responsibility for conservative failure: the Iraq war, a botched response to Katrina, an economic meltdown, a bailout for Wall Street, a squandering of Republican majorities in the Congress, the betrayal on countless issues of incredible importance to the base – from immigration to Planned Parenthood – or the fact that Mike Huckabee can halfheartedly run for president for a couple of months and then go back to halfheartedly hosting a TV show? That’s really the big problem with conservatism today?

RELATED: Millennials don’t have a lot of confidence in democracy. Is anyone surprised?

“Blaming conservatism’s woes on cable commentators hawking books and talking heads altering their talking points to appeal to their audiences is short-sighted,” Domenech continues. “Conservatism’s problems are much bigger than that.”

I stopped calling myself a “conservative” in the 2000s. I believed in limited government, reducing spending and the debt, and adherence to the Constitution.

But “conservative” meant none of these things then.

I didn’t identify with the term because I didn’t want to be associated with not only George W. Bush, Dick Cheney and their agenda, but conservative talk radio, Fox News and publications like National Review that spent every day defending a Republican administration that was expanding government power, exploding the debt and undermining the Constitution at every turn.

No “conservative” at the time cared about anything but defending the Iraq War, the Patriot Act, waterboarding, indefinite detention and any other post-9/11 “War on Terror” policies that would define the second Bush administration’s legacy.

What we traditionally thought of as Barry Goldwater/Ronald Reagan-style conservatism at the time — a distrust of government as the solution to every problem — simply became something else. Promoting and defending war became everything, at the expense of any usual conservative concerns. National Review’s David Frum even sought to excommunicate anyone on the right who opposed the Iraq War from the conservative movement.

One of the reasons I and millions of others were attracted to Ron Paul’s 2008 presidential campaign was that it wasn’t only a significant break from the Republican status quo but a return to the classically conservative traditions that were absent from the GOP at the time.

At his first debate, Paul said he was the “champion of the Constitution.”

That was a rebuke to his own party.

Paul’s libertarianism — a philosophy Ronald Reagan had once described as the heart and soul of conservatism — was so out-of-sync with the GOP at the time that most right-wing pundits and Republican presidential candidates in 2008 said the Texas congressman wasn’t a conservative at all.

If your definition of “conservative” was Dick Cheney, they were right.

Only with the election of Barack Obama and the rise of the tea party movement in 2008 would Republicans begin to reexamine first principles and reclaim some of the old small government passion that had always been at the center of American conservatism.

But between the neoconservative Bush-era and the failure of Republican leadership to satisfy its base on so many issues in the following decade — the laundry list Ben Domenech mentions are all good examples — “conservative” lost a solid definition. For many, it was reduced to simply supporting Republicans and opposing Democrats.

So when who would become the 2016 GOP nominee became clearer, and #NeverTrumpers screamed that the billionaire betrayed so many different conservative principles, Trump supporters probably thought to themselves, ‘Well…

By the way, what are conservative principles at this late date?

Conservatism’s existential crisis was a problem long before Trump. He has just put it into focus.

RELATED: Many don’t understand just how racist the alt-right is, and it’s the left’s fault

What the Republican Party and conservative movement looks like after November and in the foreseeable future is anyone’s guess. But old guard Republicans who assume the best choice is simply returning to what the GOP was before are wrong. Most Americans don’t want that party. More importantly, a significant number of Republicans don’t seem to want it either.

Donald Trump is the Republican nominee because GOP voters were tired of what they were being given. They wanted something new. They didn’t care that it might be worse, or perhaps they believed nothing could be worse.

Regardless, no one should pretend that it was Donald Trump who began the conservative movement’s deterioration. He’s a result, not the cause.

Disclaimer: I worked for the 2012 Ron Paul presidential campaign. 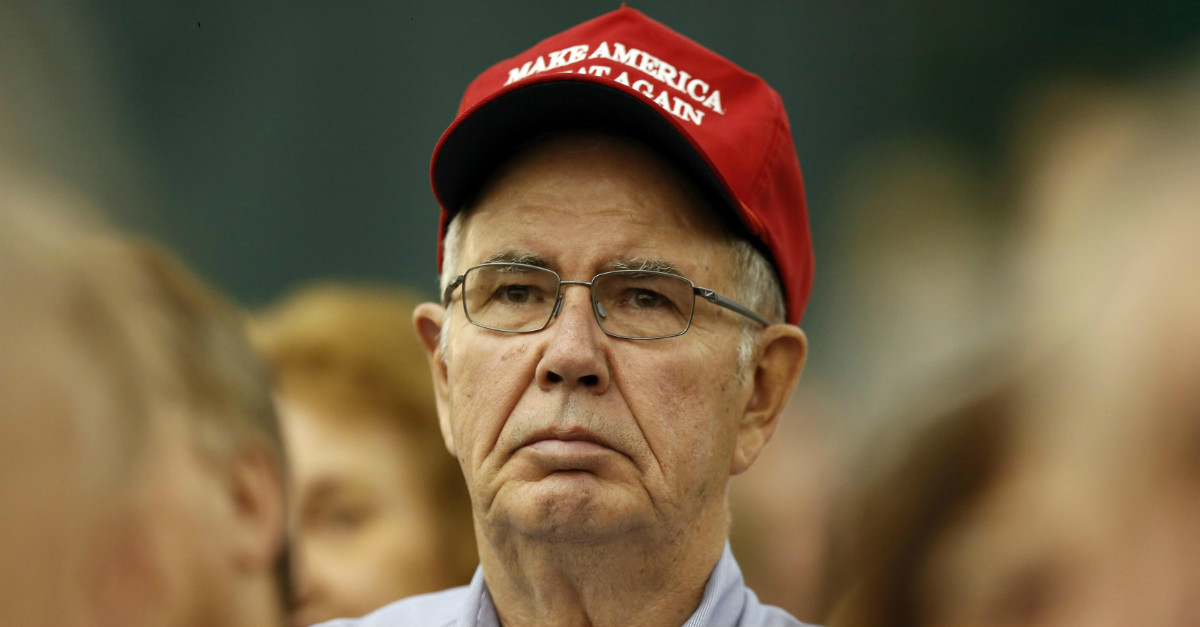