Have no fear, Florida man is here to save a wounded pelican from starvation with his bare hands 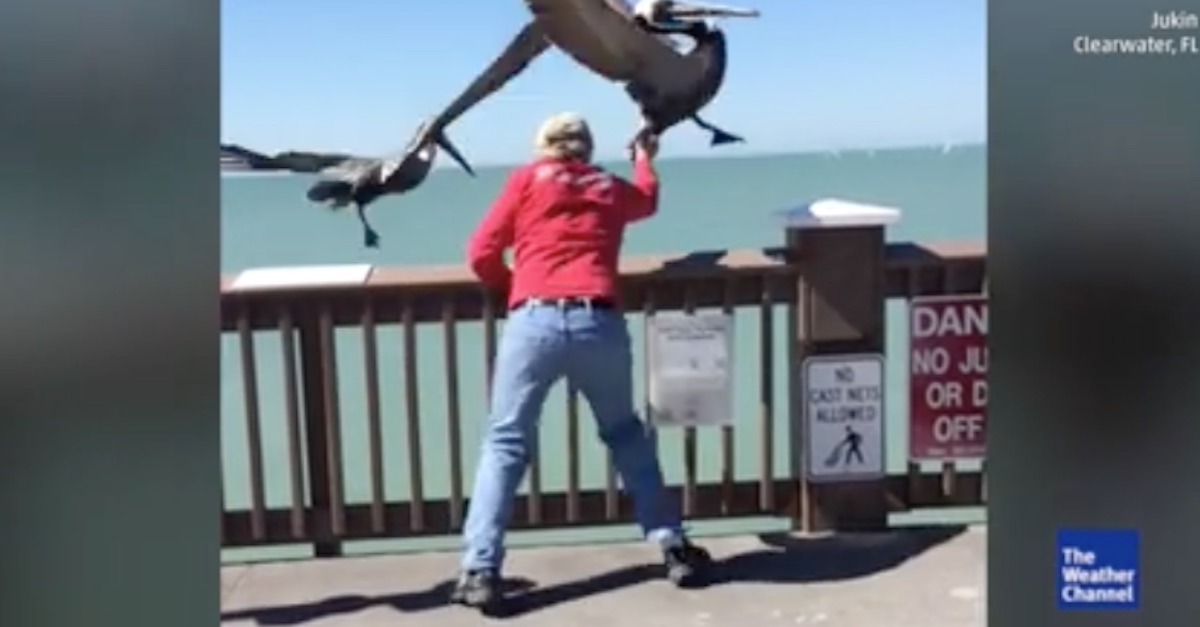 A poor pelican that had managed to put itself in danger by wiring its own beak shut with fishing wire was saved by everyone’s favorite superhero: Florida Man.

RELATED: Florida Man risks his life in a tempest for Harambe

The pelican, without the help of humans, would have eventually starved from being unable to eat.

But watch the Florida Man in his natural habitat carefully approaching the pelican so as not to scare it off.

Enter Florida Man 2 to help untangle the bird. He had a knife.

Although the frightened bird tried poking its rescuers with its beak, the end result was success.

As you can see, the pelican took flight once again, and as you can hear, everyone was thrilled about it.

RELATED: A third Spring Break car twerker was spotted as she decided to capture some Miami sun

Totally awesome!! He could have gotten hurt, but when he saw this pelican, he knew what he had to do… pic.twitter.com/tvEKCcgO9T

“Totally awesome!! He could have gotten hurt, but when he saw this pelican, he knew what he had to do…” Crystal Johnson tweeted.