A viral video shows the moments a Florida police officer armed with a trashcan confronted a snake in a college dorm.

A police officer attempted to get a snake out of a dorm at the University of Central Florida, but it quickly became apparent that he was as scared as everyone else in the room. The officer let loose a few choice words as he and others tried to guide the snake out of the building.

Even our officers get a little scared sometimes 🐍 😂 pic.twitter.com/LrmJFRj7rN

“We all laughed,” admitted UCF Deputy Police Chief Carl Metzger. “It is obvious that this particular officer is uncomfortable with snakes.”

That much is quite apparent.

RELATED: She crushed a beer can on her head like it was nothing and everyone in the room went nuts

Fortunately, Metzger said the officer could tell the snake wasn’t venomous and “they knew all they had to do was make the snake leave the building.” 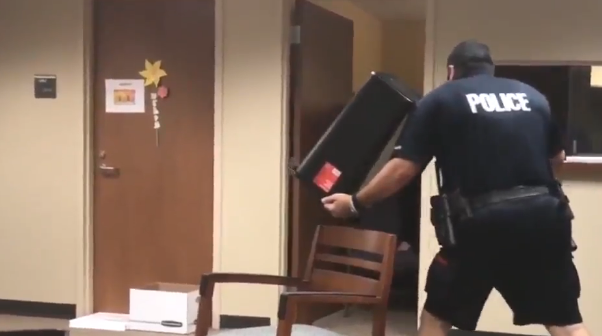