Newly released video could mean big trouble for a former Minneapolis police officer who kicked a suspect in the face so hard as to cause traumatic brain injury. The video of the assault contradicts the police narrative of what happened.

That narrative suggested now ex-cop Christopher Reiter made a “split-second decision” and allegedly kicked Mohammed Osman’s face after encountering him in his SUV during a domestic violence investigation in May. Reiter said in a police report that Osman was on the verge of resisting arrest and attempting to push off the ground.

RELATED: Couple drink by the pool, decides to go to the bedroom, then the teeth come out

“While doing so, I felt resistance from the male, causing me to believe that he was going to attempt to fight as he had just been involved in a violent assault,” according Minneapolis Star-Tribune, which obtained the police report.

The surveillance footage, released by Osman’s lawyer, shows him slowly getting out of his vehicle, putting his hands up and then kneeling to the ground as an officer confronts him with his gun drawn. Reiter is seen storming out of the apartment building apparently after seeing Osman’s battered girlfriend and immediately kicks the suspect in the face.

After the alleged assault, Osman appears to lay motionless as a police SUV drives up, stops and blocks the camera’s view.

Reiter was fired from the Minneapolis Police Department in January for an unspecified reason. He was booked and charged last week on an assault charge in Osman’s injuries. The Star-Tribune reported that Reiter has had eight excessive force complaints filed against him since 2013, including one incident where the former police officer kicked a gas station employee who had just broken up a fight.

Osman pleaded guilty to attacking his girlfriend and is slated for sentencing on Thursday. Hennepin County Attorney Mike Freeman said the kick was “deadly force” and was not justified. 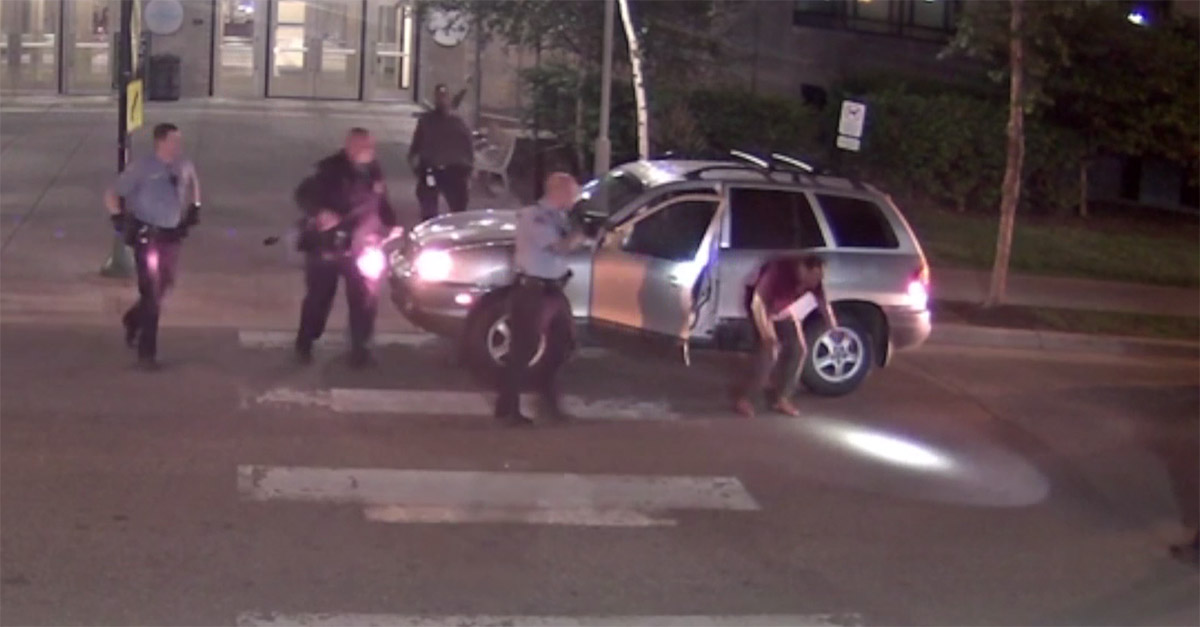