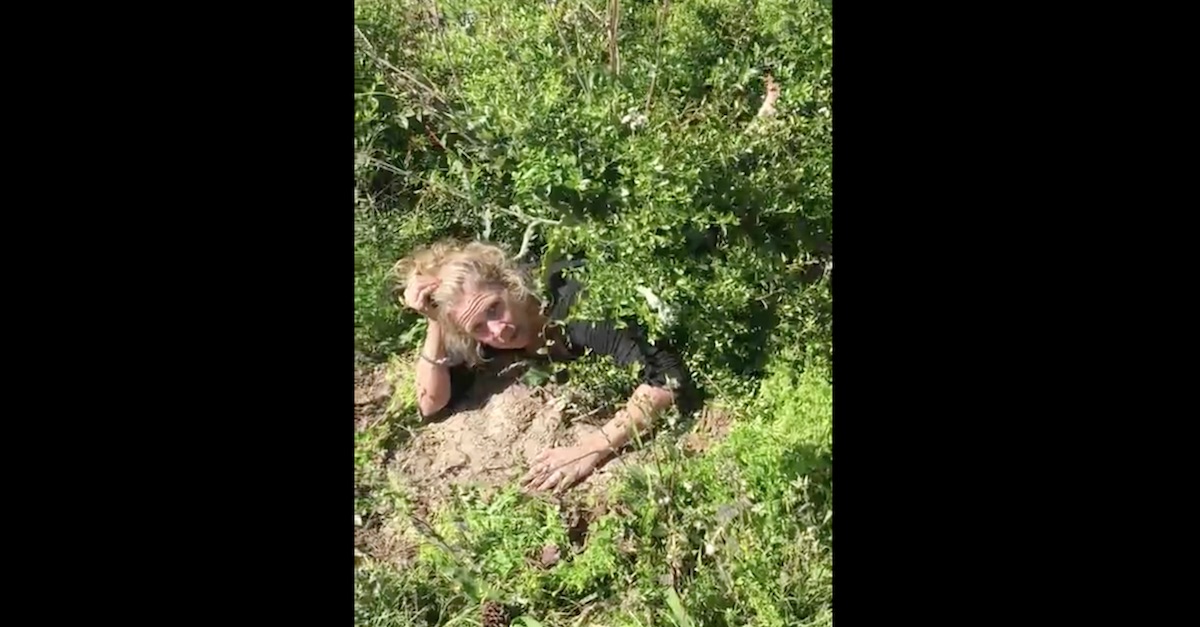 A woman from Texas spotted a neighbor face down in the bushes and decided to see what was going on. When she realized that the woman wasn’t unconscious or worse, she struck up a conversation.

RELATED: This horrific body camera footage from an EMT shows what happens during a heroin overdose

Donna also said she worked for the police department.

RELATED: Listen to the 911 call self-described high ?dumbasses? made to stop a police stand-off that wasn?t happening

Donna was apparently on meth, which, if you’re as far gone as she was, has you momentarily mistaking plants for drive shafts.

Moral of the story? No meth.