As hospitals around the country prep themselves for injuries related to poor knowledge of firework explosions, and revelers wait to see the night sky illuminated with colors, it’s a good time to look back upon one of the biggest fireworks mistakes ever.

In 2012, at San Diego’s Big Bang Boom celebration, a fireworks mishap of the most severe variety occurred. Every single firework at the celebration went off at once, causing an enormously loud and bright explosion that was akin to something out of a World War II film.

RELATED: Relive the moment the Chicago Cubs brought home the series with this firework show on Clark Street

“We did [2011’s] show, and this one was to be even bigger,” August Santore Jr., co-owner of Garden State, the firm hired to conduct the show, explained to the San Diego Union Tribune.

“We did this show in 15 locations around the country last night, and this was the first time this has happened. No one is more saddened than we are,” he said after the incident.

“I’m very confident that whatever happened, we’re going to get to the bottom of it and make sure it doesn’t happen again.”

The culprit was ultimately a corrupted computer file on the device used to set off the explosions. 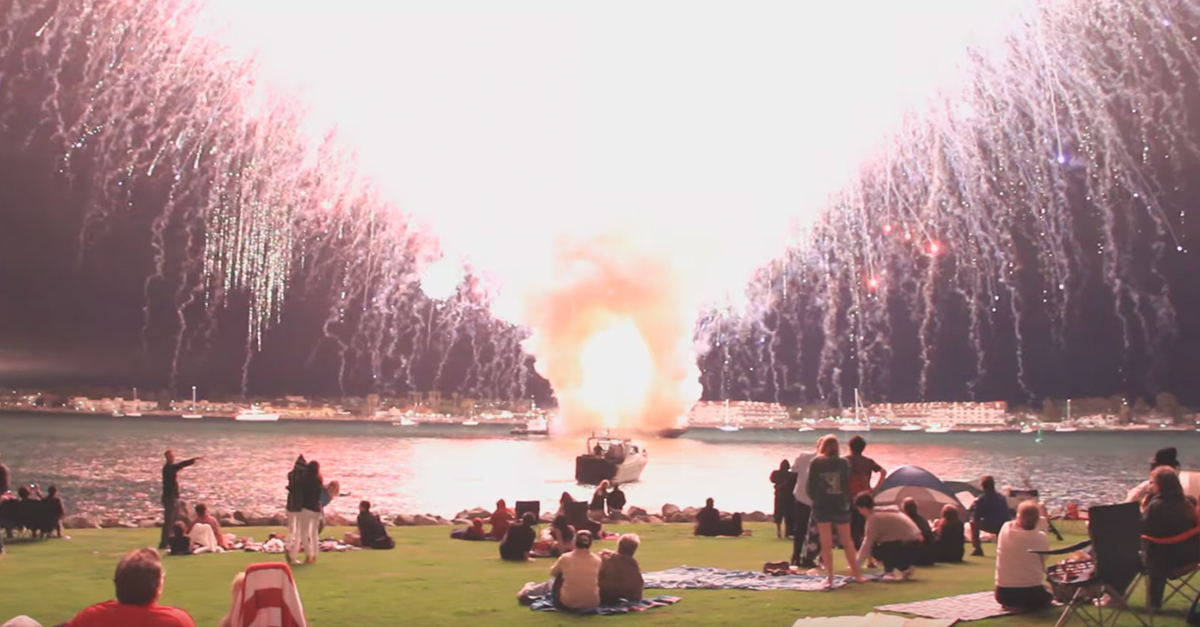