This strange, giant sea monster washed up in Indonesia, and scientists think they know what it is 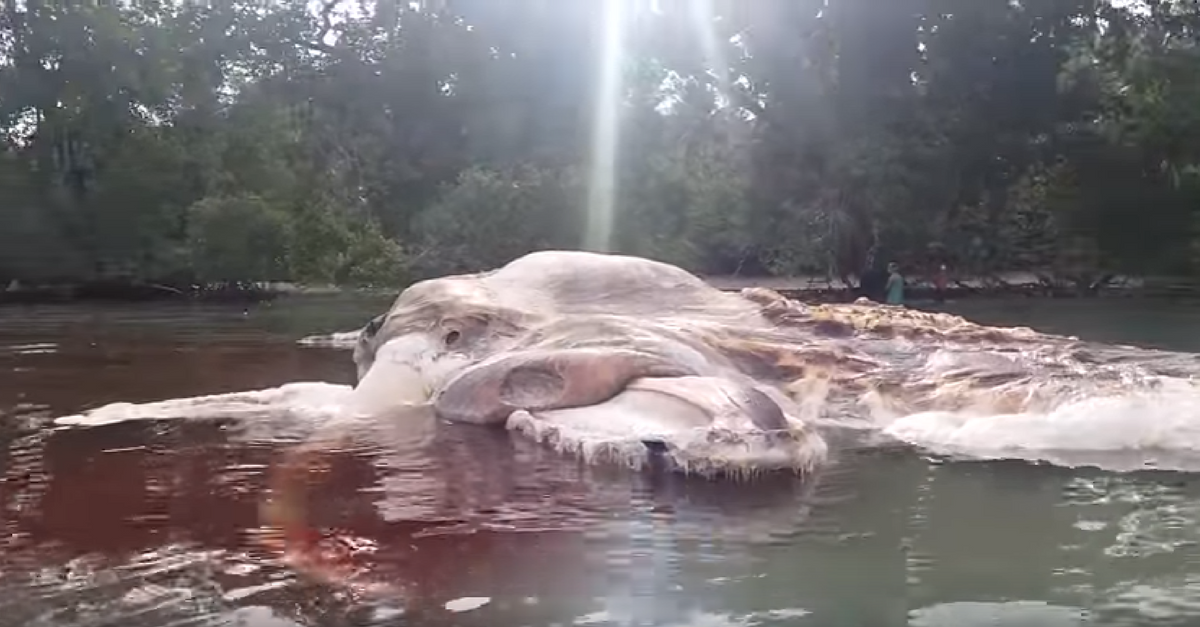 The giant carcass of a sea creature was discovered in Indonesia after it washed ashore on the island of Seram, and it has everyone puzzled.

The 15 meter-long animal was first seen by local resident Asrul Tuanakota, 37, who initially mistook it for a boat in the dark. He quickly realized that it definitely wasn’t a boat. It’s thought to have died a few days before washing ashore, but its cause of death is unclear.

RELATED: If you didn’t drink coconut water before, you certainly won’t want to after this

Some have speculated that the creature was a giant squid, while others even guessed it was an elephant. However, a coordinator of Indonesia’s Marine and Coastal Resources Management believes it might have been a whale. Rob Deaville, project manager of the UK Cetacean Strandings Investigation Programme with the Zoological Society of London agreed with that statement, saying that it’s “definitely the remains of a baleen whale.” He pointed out some distinctive features of whales that the creature has, including “throat pleats, adjacent to what may be a pectoral fin” and what appears to be a vertebrae, which squids don’t have.

Lab tests are currently underway to officially confirm the species.

This isn’t the first time a mysterious animal has washed ashore. In 2015, a creature with a long beak and furry tail was found in Russia, which baffled marine experts around the world. It was eventually thought to be some form of dolphin, with a representative from the Sakhalin Research Institute of Fisheries and Oceanography, Nikolay Kim, saying, “I can confidently say that this is some kind of a dolphin. However, it has fur. It’s unusual. Dolphins do not have any fur.”