Drivers in one Florida town were in for a big surprise when an alligator darted into traffic on Tuesday night.

Sherese Walker, a Lakeland driver, captured the moment the alligator scurried across a busy road on camera. In it, the animal can be seen crawling onto the median and contemplating crossing the lane on the far side. However, it clearly changed its mind because it quickly turns around and bolts into oncoming traffic in the other lane.

RELATED: Student pilot’s small plane crashes in the Everglades, and the news chillingly finds a gator ready to eat his remains

Luckily for the alligator, drivers were on high alert and came to a standstill to allow the creature to safely cross. Once off the road, the alligator can be seen lurking in a nearby woody area.

The Lakeland Police Department shared Walker’s video on Facebook late Tuesday night, garnering more than 100,000 views by Wednesday morning. A trapper has reportedly been trying to lure the gator out of some nearby water in order to catch it ever since.

RELATED: A Florida man went diving for golf balls and came out of the water with an alligator bite 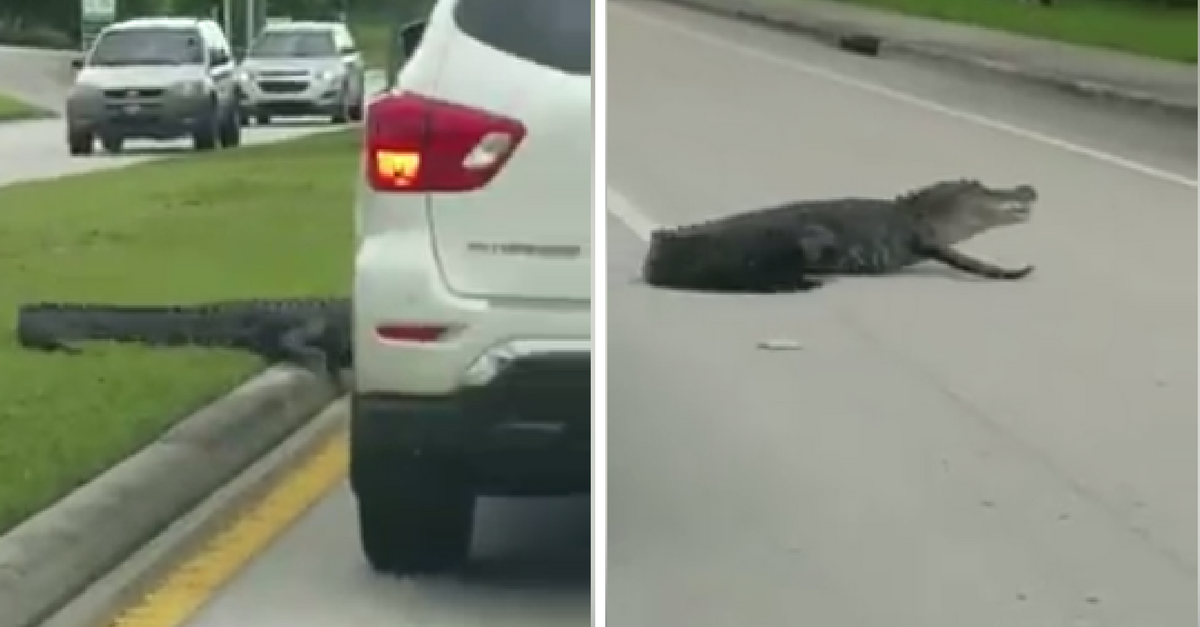