Weird Arby’s guy had the Internet rolling with his post-crash analysis, but here’s the catch 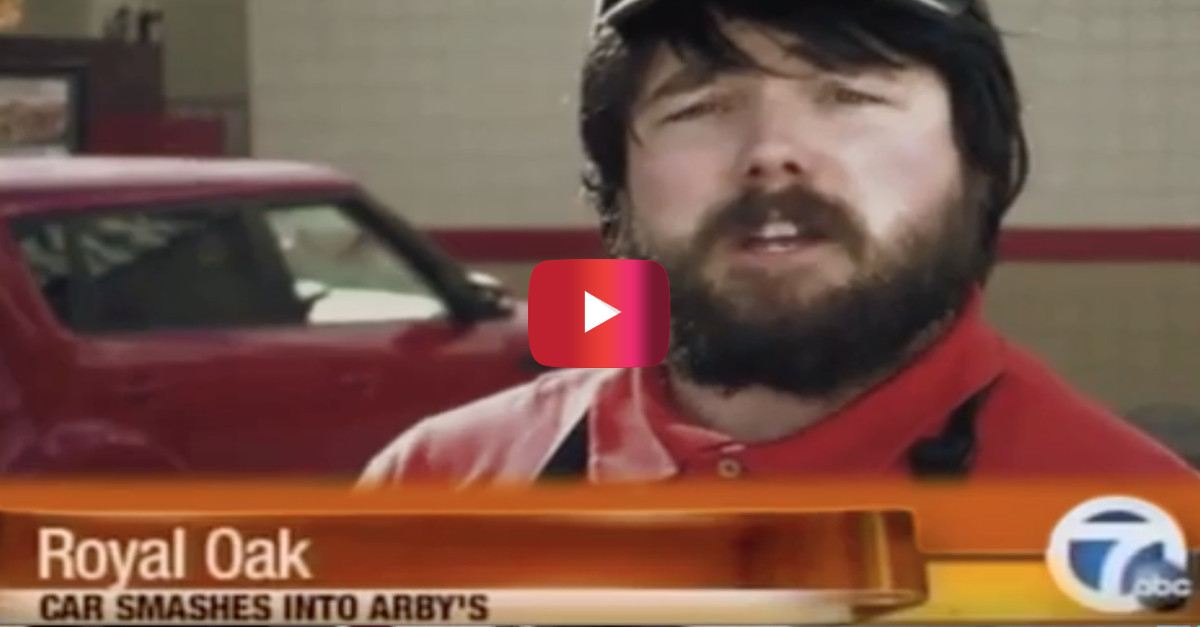 Andrew Bowser edits funny videos and puts them on YouTube, but this one was so sneaky that the news channel responsible for the 2011 original report had to point out that it was fake.

In 2011, 7 Action News did a report on a car crash in Royal Oak, Mich., in which an elderly woman smashed into an Arby’s restaurant. No one was seriously hurt.

Years later, Bowser created a skit starring himself as “Weird Arby’s Guy,” commenting on the accident. It’s better than the real thing, that’s for sure.

“I thought perhaps the end of days was upon us. But it turned out, it was just a disoriented old lady in a champagne-colored Toyota Avalon, crashing into my world like DMB, circa 1996,” Bowser said, among many other ridiculous things.

He referred to Arby’s as the “House that beef built.”

WXYZ in Detroit ran this headline about Bowser’s video: “It’s fake: Yes, a car hit an Arby’s; No, we didn’t interview ‘House that beef built’ employee.”