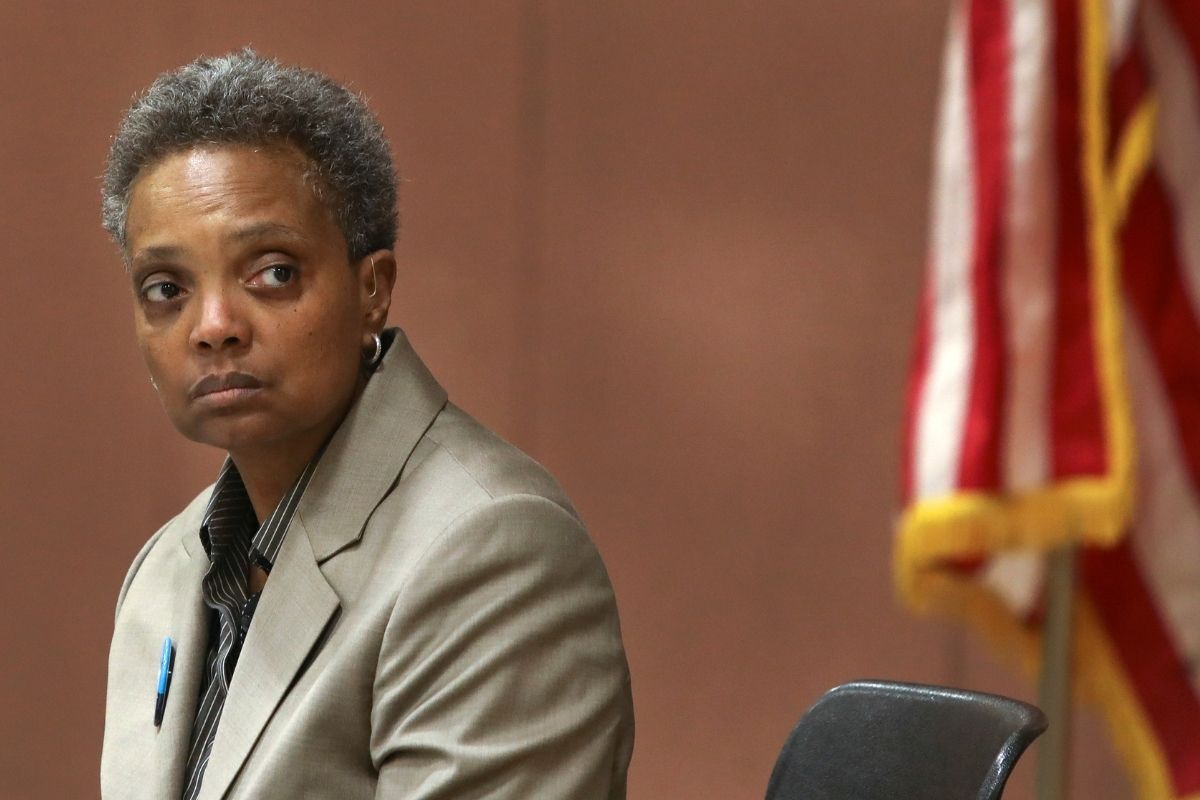 After two years in office, Chicago mayor Lori Lightfoot announced last week that she would no longer sit down for interviews with white reporters. In an apparent attempt to call out systemic racism, Lightfoot promised that she would only speak directly with reporters of color from now on. But that bold announcement has drawn an extremely mixed reaction within the city.

As ⁦@chicagosmayor⁩ reaches her two year midway point as mayor, her spokeswoman says Lightfoot is granting 1 on 1 interviews – only to Black or Brown journalists pic.twitter.com/PAUsacD9Gj

After Mary Ann Ahern of NBC broke the story, the mayor’s office published a two-page letter on May 19, in which Lori Lightfoot described her disappointment with the “overwhelming whiteness” of Chicago newsrooms. As a Black woman herself, Lightfoot identified her administration as one breaking with the status quo: a Black, female City Treasurer, and a Hispanic City Clerk, in addition to a majority non-white City Council. But the City Hall reporters, she says, do not match that standard of diversity.

The political news media in Chicago, Lightfoot writes, is “practically all white. Many of them are smart and hardworking, savvy and skilled. But mostly white, nonetheless… I hope you find this as unacceptable as I do.” (The letter also states that there are “zero women of color assigned to the City Hall beat” but WBEZ quickly refuted that claim; two of their station’s three City Hall reporters are WOC.) In response, Lightfoot said she would decline to sit down with any white journalists from now and accept one-on-one interviews strictly with people of color.

Lightfoot’s decision came as a surprise to most Chicagoans. And though you might expect a smattering of support, Lightfoot was not exactly celebrated for championing journalists of color. Rather, Chicago media outlets resisted applauding the move while the National Association of Black Journalists released a definitive criticism.

Coming up on the two-year anniversary of Lightfoot’s mayorship, Chicago has been vocal about demanding more from the politician. On May 20 — the day after Lightfoot released her official statement about local media — 40 different active community groups (including the Chicago Teachers Union, Asian Americans Advancing Justice, Little Village Environmental Justice Organization, etc.) gathered in the Logan Square neighborhood to protest Lightfoot’s inadequate governing. Publicized as a “public report card,” attendees carried signs that gave Lightfoot a big, fat F for criteria such as policing, education, environment, housing, and more.

Rather than argue discuss the semantics of Lightfoot’s recent call for social justice, these Chicagoans were more interested in hearing how Lightfoot will combat life-and-death issues like rising gun violence, excessive policing, and the ongoing global pandemic.

Naturally, though, political reporters reacted more directly to Lightfoot’s journalistic pledge. The National Association of Black Journalists released a statement saying that while Lightfoot is shedding light on an important issue, the NABJ simply “does not support excluding any bona fide journalists from one-on-one interviews with newsmakers, even if it is for one day and in support of activism.”

Lightfoot’s announcement about prioritizing brown journalists also received negative coverage in the city’s primary paper, The Chicago Tribune. But that is just the latest in Lightfoot’s ongoing feud with the long-standing publication.

At War with the Tribune

After a report in The Chicago Tribune condemned Lightfoot’s failure to relax parking tickets from the start of the pandemic, the mayor wrote in a series of leaked emails: “I urge members of the public, the next time the Tribune comes out with some big expose or a screaming headline ? please consider the source,? Lightfoot wrote in a Sept. 22 email? I have and that?s why I have canceled my digital and print subscriptions to the Trib.? It’s an unusual stance for a Democratic politician within the state of Illinois to combat the popular news source so openly.

“Her behavior is much like that of our former president with his constant media feuds. Instead of worrying about the color or ethnicity of who comes calling, she should focus on the endless violence that plagues Chicago on a daily basis,” wrote one concerned citizen in a letter to the editor.

The Chicago Tribune reporter Gregory Pratt, who is Latino, was actually pre-approved to conduct an interview with the mayor. But he canceled the meeting in light of Lightfoot’s announcement. He opened up about that decision on WGN, saying:

“The need for diversity is real, no question about it… but the answer is not to do fewer interviews with people on the beat or to refuse people who are responsible for telling Lightfoot’s story for their publications. The reasonable thing would seem to be to do more interviews… it’s more of a stunt.”

Thomas Catenacci, who writes for the ultra-conservative The Daily Caller, has reportedly moved forward with a lawsuit against Lightfoot after his interview request was denied. According to TMZ, Catenacci has asked a judge to forcefully end Lightfoot’s new policy saying that it violates his rights of Equal Protection under the law and his rights as a member of the press under the First Amendment.

For context, The Daily Caller was co-founded by Fox’s Tucker Carlson in 2010. Since the controversy began last week, Tucker has slammed Lightfoot on-air, calling her “a monster” and comparing her to a Nazi “pulling the right ones out of line for punishment.” And though the litigious move — coming from such proud Republican publication — is likely a trolling tactic, the case has drawn attention to the infeasibility of Lightfoot’s plan for the City Hall press corps.

WATCH: I Did a Ouija Board on Al Capone?s Grave, This Is What Happened