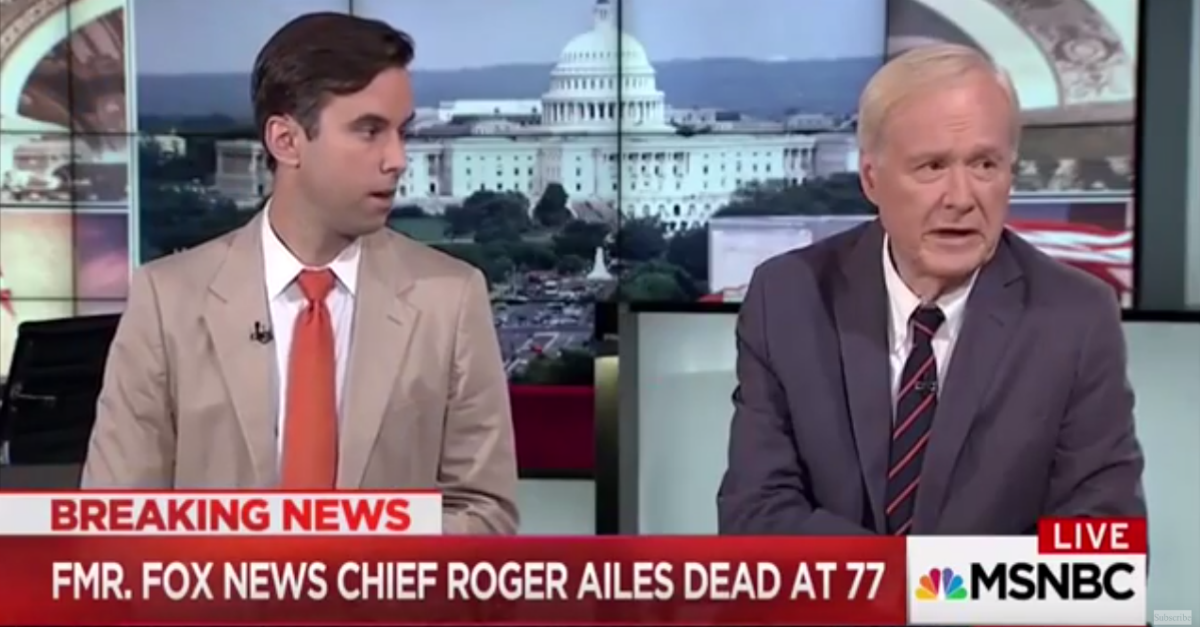 Roger Ailes’ death has been mourned by a number of Fox News personnel while the internet has reacted a little less respectfully. Fox News host Sean Hannity wrote a long statement remembering his friend and mentor. On MSNBC, which is usually viewed as the counter opposite of Fox, the Thursday morning hosts also eulogized the late media mogul.

RELATED: CNN commentator offers his “deep and heartfelt condolences,” but they aren’t for Roger Ailes

Joe Scarborough said that when looking at Roger Ailes’ “life and all his successes,” that he’s “reminded of [Penn State football coach] Joe Paterno — a man that America loved and respected and looked up to for years.” He admitted that “while not all of America loved Roger Ailes, conservatives were thankful for him, republicans were grateful for what he started.”

But Scarborough then turned his attention to the media juggernaut that Ailes built, saying, “Fox News is an absolute mess, Roger Ailes gone for maybe six months and for the first time, this century they aren’t in first place — for the first time this century, they are in third place.” Chris Matthews then weighed in, pointing out that “Rachel [Maddow] beats them every night.”

In his statement, Hannity predicted that the media would attack Ailes, saying, “It would be nice if the media would leave Roger and his family alone in their time of grief, but knowing people that hated him and his politics […] I doubt that will happen.”