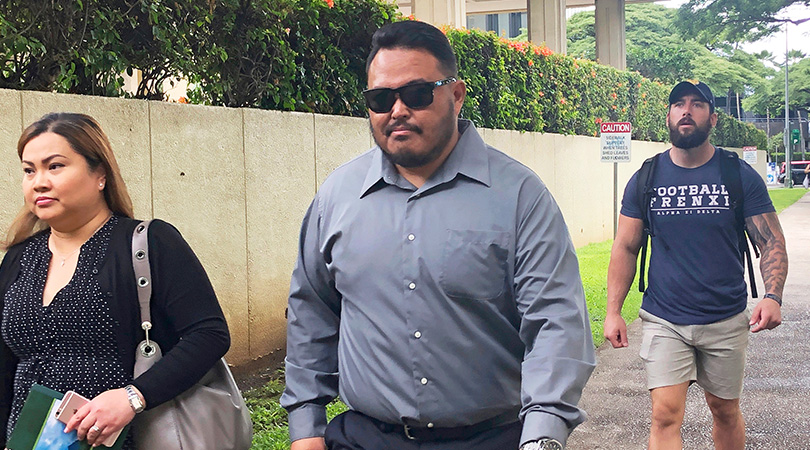 If you were wondering what the exact opposite of the “serve” part of “to protect and serve” would be, in regard to what the police promise to do for the public, this might be it. A homeless man who is probably going to be able to afford a nicer home than me pretty soon is suing the Honolulu Police Department, claiming two of its officers forced him to lick the urinal in a public restroom they found him sleeping in, that being what they considered the price to allow him to stay in there.

Samuel Ingall says that in January of 2018 he was attempting to seek shelter in a public restroom when a police offer took what he describes as an aggressive tone with him. The officer — whose professional idol is apparently, instead of literally any competent older officer, every ’80s and ’90s movie bully — told Ingall that the only way he could avoid being arrested for his trespassing was to lick the public bathroom’s urinal. The officer’s partner stood in the doorway and acted as a lookout while the situation occurred.

Feeling he had no other option, Ingall knelt down and licked the urinal.

Then, after it was all over, the cops, who somehow managed to be shittier than every toilet in the bathroom they’d just left, walked out of the bathroom and laughed and bragged to other cops about what they’d just made Ingall do.

After the case came to her attention, HPD Chief Susan Ballard turned over the case to the FBI. The officer who forced Ingall to lick the urinal, John Rabago, has already pleaded guilty to denying Ingall his civil rights and is currently, somehow, still on the force, though he is on restricted duty. Reginald Ramones, the officer on the lookout, pleaded guilty to a lesser charge, simply admitting that he knew Rabago was denying Ingall his civil rights. Ramones left the HPD in August.

Currently, Ingall is living at a residential substance abuse program but has plans to go live in a clean and sober house soon. Then, like I said, he can presumably go live in some pretty nice digs after he gets paid for having his civil rights literally and figuratively disgustingly abused.

This story was originally posted February 4, 2020.

Watch: Homeowner Handcuffed in Own Home After False Burglar Alarm