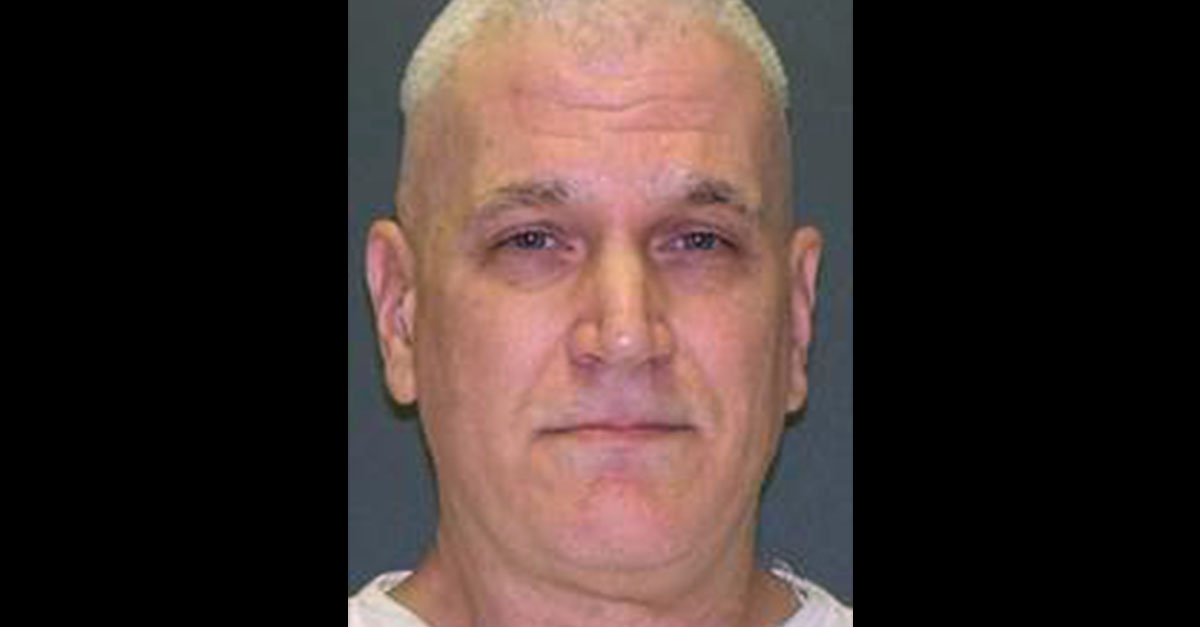 The Dallas accountant who taunted his wife with the pleas of his daughters as he killed them was put to death Thursday.

John David Battaglia, a former Marine, reportedly responded when asked if he had final words, “No. Well, hi, Mary Jean. See y?all later.” He told executioners to “go ahead, please” before being given a lethal injection and pronounced dead at 9:40 p.m, reported the Dallas News.

RELATED: The yoga teacher charged for murdering her twin has finally learned her surprising fate

Attorneys for Battaglia unsuccessfully appealed to stay the death penalty for the 2001 killings, arguing that Battaglia did not have the competency and rational understanding of his death sentence, which the Supreme Court ruled is necessary for an execution to be carried out, according to the Associated Press. Texas State Judge Robert Burns found that Battaglia — who held a master’s degree — was faking mental illness to avoid the punishment and had the “motive and intellectual capability to maintain a deliberate ploy or ruse to avoid his execution.? The Supreme Court also denied a complaint to appeal.

The 62-year-old was convicted of shooting his daughters — Liberty, 6, and Faith, 9 — during a scheduled parental visit. The girls were reportedly eating dinner when he discovered that his ex-wife, Mary Jean Pearle, had had a warrant issued for him for violating a protective order. He reportedly forced Faith to call her mother to ask her why Pearle wanted him in prison before he put a gun to her head.

?No, daddy, please don?t, don?t do it!,? Pearle then heard her daughter pleading and begged them to run away, before Battaglia shot Faith and her younger sister, Liberty, in the head three and five times each, respectively.

According to detectives, Battaglia wished her a “Merry f**king Christmas,” before finally hanging up. After finding the girls’ bodies in his basement, police eventually located him hours after the shootings in a tattoo parlor getting a pair of red roses to commemorate his daughters.

RELATED: 4-year-old allegedly murdered by her mom and mom?s boyfriend is most disturbing examiner has ever seen

Authorities stated that he had murdered the girls in revenge against their mother, against whom he’d had a history of domestic violence, echoing the chilling words he’d left on her voicemail the night of the murders.

?Good night, my little babies,? he said. ?I hope you are resting in a different place. I love you. I wish you had nothing to do with your mother. She was evil and vicious and stupid.?

He reportedly told the Dallas Morning News in a 2014 prison interview that he had no recollection of killing his daughters.

?I don?t feel like I killed them,” he said. “I am a little bit in the blank about what happened.?

Pearle was present for Battaglia’s execution, reportedly refusing to speak to interviewers after stating, “I’ve seen enough of him.”