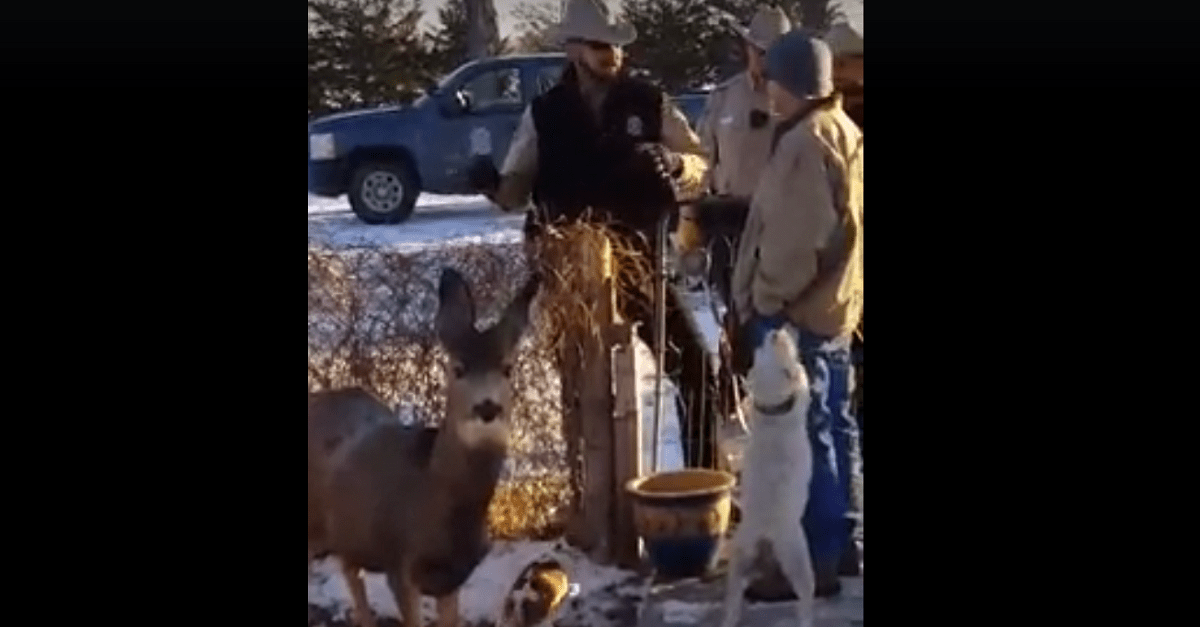 Though they named their pet mule deer for a “Bambi” character, a Kansas family is reeling after “Faline” met the same fate as Bambi’s mother.

The Mcgaugheys have had Faline as a pet since she followed Kim Mcgaughey home two years ago and refused to leave. Last month, Kansas Department of Wildlife, Parks and Recreation wardens shot their pet deer in the driveway in front of them five times, and the Mcgaughey family is now speaking out about about the brutality of the killing.

RELATED: A homeowner flipped on the backyard lights one evening and saw this scary sight

They say they received a warning notice from the authorities just minutes before the state game warden started firing. In Kansas, Faline is considered a wild animal and an illegal pet.

In an interview with The Independent, Taryn Mcgaughey reflected on the killing.

“One shot to the head would have been enough, but then he shot her in the leg and four times in the back […] He treated her like target practice.”

Mark Rankin is an assistant director for the Kansas Department of Wildlife, Parks and Tourism. When reached for comment, he stated that the warden and his two assistants assessed that capturing the deer would have unnecessarily endangered them. He also listed concerns that the deer could be infected with Chronic Wasting Disease, which is commonly found in mule deer and cannot be tested for while the animal is still alive.

Taryn Mcgaughey contends that the wardens acted unjustly and did not follow procedures. She says owners are owed 30 days to contest any notices about an unlicensed pet and 10 days beyond that to acquire a license for a pet without one.