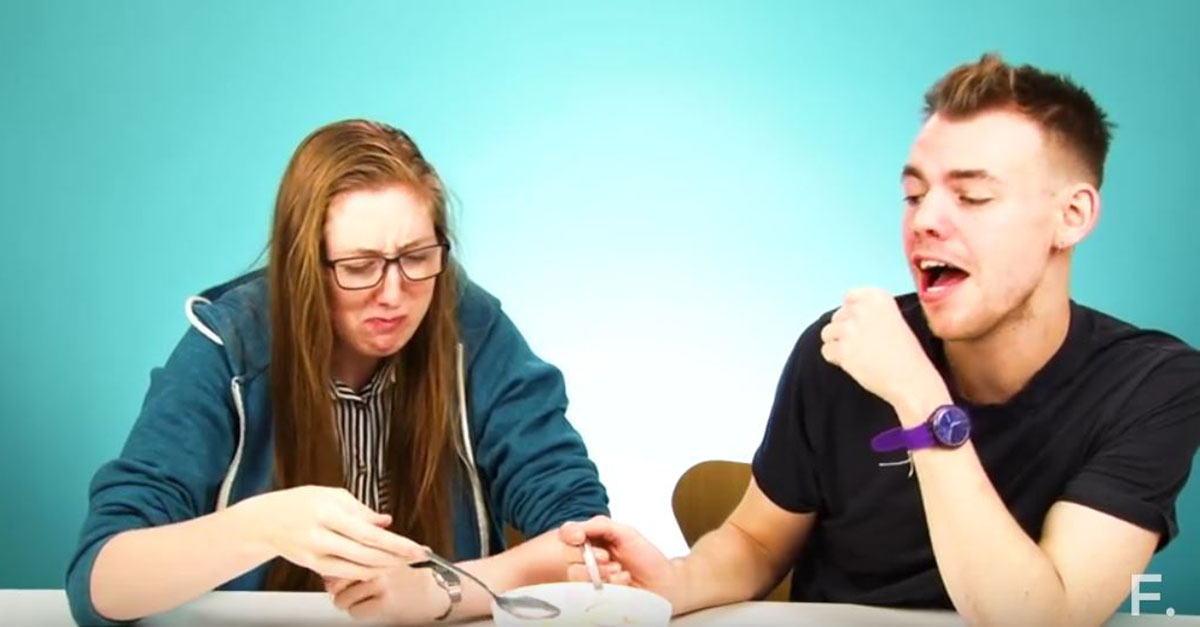 American food can be weird to foreigners.

These Irish people decided to give some of the top seafood dishes from America a try, and the reviews were pretty hilarious!

The pairs tried everything from lobster rolls to fish tacos, nothing was off limits.

When presented with fish tacos, one of the jokesters said, “Fish taco? Sounds dirty!”

RELATED: This poor guy was having a blast playing with the Bop It until the darn thing turned on him

Of course, none of them were big fans of the chowder and nearly spit it out as soon as it hit their palates.

“No!” they screamed in fear.

In the end, most of the people didn’t like the way we prepare many of our seafood dishes but admitted there were a few favorite items in the taste test.

“Just tie me to a bed and feed me lobster rolls all day long,” one man said. And we couldn’t agree more!