Menu
Follow us
Search
Menu
Search
In this combination of images taken from FBI video and provided by the U.S. Attorney's Office in Hawaii on Thursday, July 13, 2017, Army Sgt. 1st Class Ikaika Kang kisses an Islamic State group flag, left, then puts the flag to his forehead, right, after allegedly pledging allegiance to the group at a house in Honolulu on July 8. The active duty soldier based in Hawaii helped purchase a drone for the Islamic State group to use against American forces and said he wanted to use his rifle to "kill a bunch of people," according to an FBI affidavit. A detention hearing is set for Kang on Thursday. (FBI/U.S Attorney's Office, District of Hawaii via AP)

Ikaika Erik Kang, an active duty soldier in the US Army, was stationed in Hawaii when he was arrested for having ties to ISIS. Now, a damning picture has been released to the public.

The FBI shared a picture of Kang with an ISIS flag. He’s seen kissing the cloth while pledging allegiance to the terror organization:

According to a former bunk mate, Kang was vocal about his beliefs. He believed that the 9/11 terrorist attack was an “inside job” as well as other conspiracy beliefs.

He is also accused of attempting to deliver military documents and training to ISIS fighters.

Despite making pro-ISIS comments as early as 2011, Kang was allowed to continue in the military.

Kang was a member of the 25th Infantry Division. He was stationed at Schofield Barracks in Honolulu at the time of his arrest. 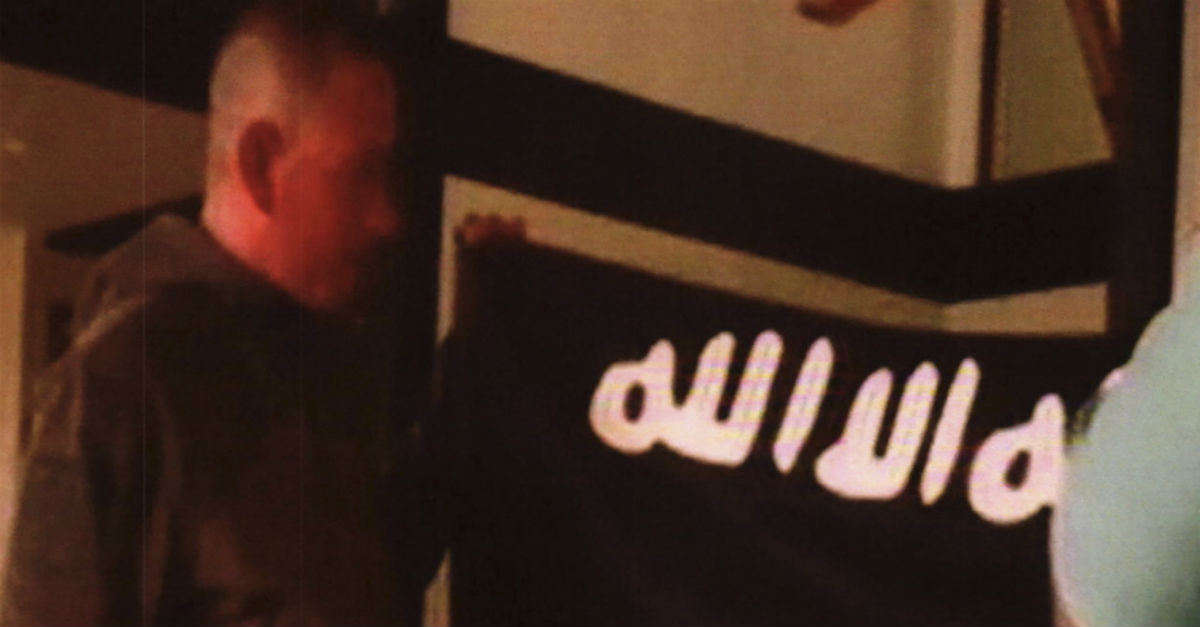