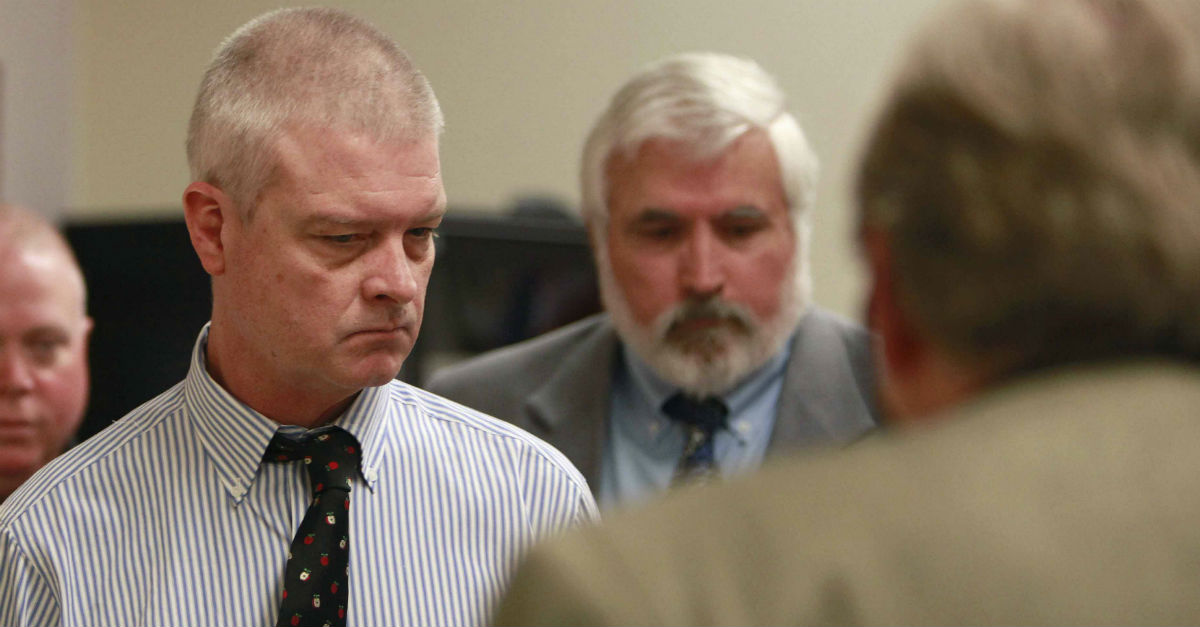 In 2014, teacher and middle school football coach Craig Wood of Springfield, Missouri abducted, raped and murdered 10-year-old Hailey Owens as she was walking through her neighborhood. The trial, which lasted almost a week, ended with a jury deliberating for less than an hour before finding Wood guilty of first-degree murder on Thursday. Now they will decide if he will be put to death or spend the rest of his life behind bars.

Patrick Berrigan, who represented Wood, did not argue that his client was innocent of kidnapping, raping and murdering Haley. He only disputed whether Wood deliberated about his decision before the horrific action. He pointed out that Wood wore no disguise and blamed “long-suppressed sexual urges and methamphetamine,” the New York Daily News reports.

Prosecutor Dan Patterson outlined an emotional case that began by showing selfies that Owens took on her phone, just before she was kidnapped. Throughout his presentation of evidence and arguments, he worked to show that Wood’s actions were planned, saying “if you look at the totality of the crime, you know this was a very deliberate act,” the Springfield News-Leader reports. At one point in the trial, a neighbor testified that he saw Wood drive past five times then stop, ask Hailey for directions and pull her into his truck. The neighbor said that he chased the vehicle down but wasn’t able to catch it.

Patterson also claimed that Wood spent the day casing the neighborhood and grabbed her when he saw her walking alone. As evidence that Wood planned the attack, Patterson brought out the .22-caliber gun that Wood allegedly shot Hailey with — saying that the murderer chose the weapon deliberately because it was quiet. At some points in the trial, jurors had to wipe away tears. Wood did not take the stand throughout the trial, but sat beside his lawyer.

In response, Berrigan pointed to a series of sexually explicit stories that Wood wrote, featuring young girls. The attorney stated that though the pieces show motive for kidnapping and rape, there’s no indication that the former teacher was planning on murdering his victim. He also pointed to the meth found in Wood’s home saying that there was no suggestion that the former teacher was interested in young girls. Berrigan asked, “how did we get from this guy who gets along with everybody at school, everyone seems to like him, to this?”

The jury will now work to determine whether to sentence Wood to death or whether he will spend the rest of his life in prison. Sentencing for the case began on Friday morning.

The pathologist who oversaw Haley’s autopsy testified that the marks on her body indicate that she was bound and put on her knees when Wood shot her in the back of the head. Her body was found in a storage container in Wood’s basement, the Daily News reports.

Wood was a paraprofessional at Pleasant View Middle School, where he supervised the in-school suspension room. He was also the school’s football coach, the Kansas City Star reports.