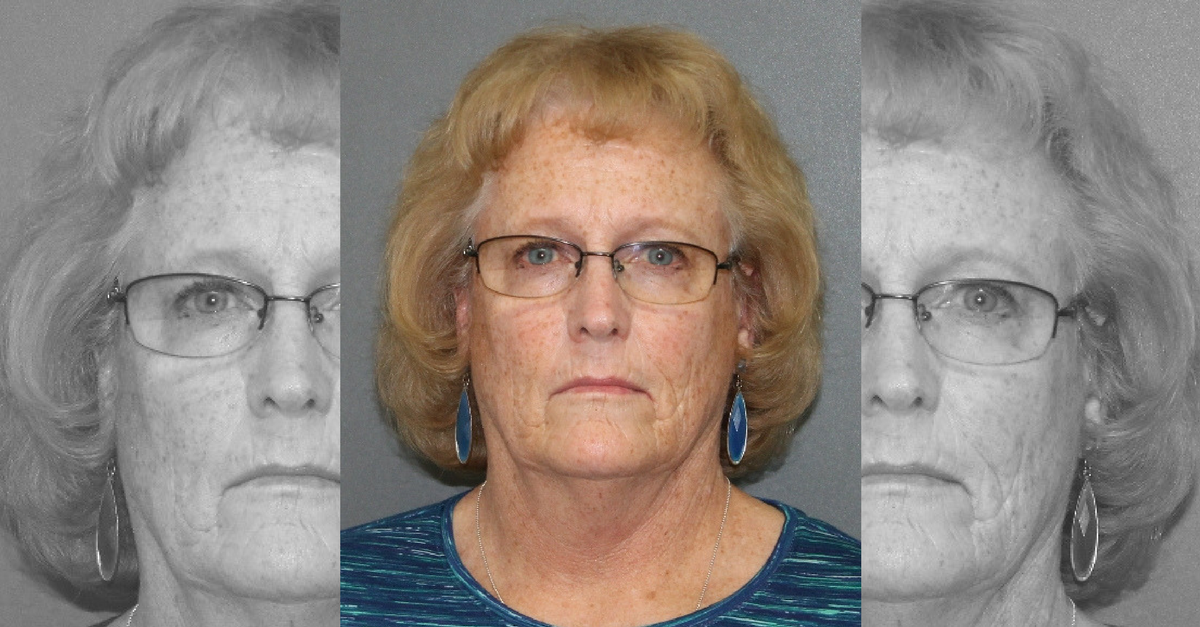 A Colorado teacher is now facing criminal charges after she allegedly forced one of her students to stand for the Pledge of Allegiance earlier this month.

Officers were called to Angevine Middle School on February 1 in after physical education teacher Karen Smith grabbed a male student by his jacket, lifted him to his feet and removed him from the classroom when he refused to stand for the Pledge, police say. The school district, however, allows students the choice to sit or stand during the Pledge. The Lafayette Police Department has been investigating the matter ever since and on Tuesday charged the 20-year employee of the Boulder Valley School District with child abuse and assault.

RELATED: A student refused to stand for the pledge, and now a teacher is suspended

In a letter sent home to parents, the school principal addressed the incident:

I want to provide you with an update regarding the investigation that we shared with our school community a couple weeks ago. Today we learned that the Boulder District Attorney’s Office has formally charged Angevine Middle School Physical Education Teacher Karen Smith.

Angevine and the Boulder Valley School District are cooperating with the District Attorney’s Office and respect their decision on this matter. While we are unable to share more because it is a legal and personnel matter that the school district is actively investigating, I, again, want to reaffirm that our focus remains firmly on our students.

As you may know we have found an excellent long-term substitute to support our students in PE, along with Mr. Atencio, through the end of the year. Genevieve Aragon has subbed at Angevine and other BVSD schools previously and has already been working with our students in Ms. Smith’s absence. So far, I’ve received very positive reports from students and staff alike.

Thank you to all of your for your support and patience during this time.

Smith was processed at the Lafayette Police Department on Wednesday and was released with a summons. She is currently on paid administrative leave from the school district after being suspending immediately following the incident.

RELATED: A student says she was expelled for sitting during the Pledge of Allegiance