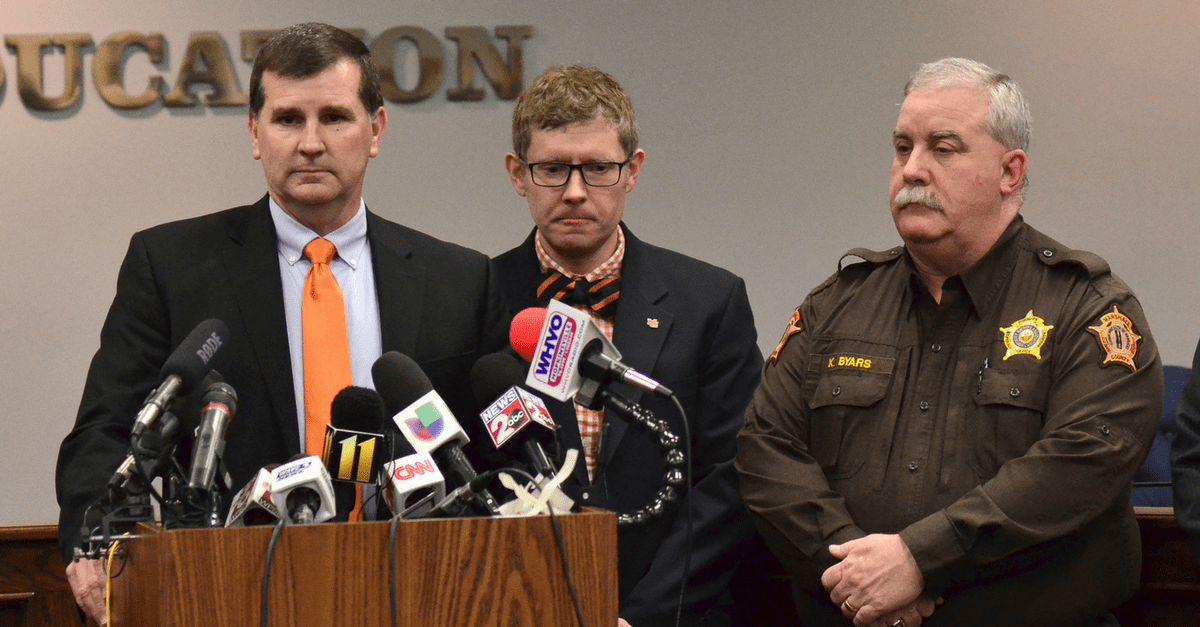 The 15-year-old Kentucky high school student accused of fatally shooting two classmates and injuring a over dozen more on Tuesday is now facing charges in the tragedy.

The unidentified male suspect was charged as an adult with two counts of murder and an additional 12 counts of first-degree assault on Wednesday after authorities decided against charging him with attempted murder. While it was originally planned to hit the suspect with attempted murder charges, officials ultimately decided they’d have better luck pursuing first-degree assault charges, which carry the same penalties in the state, instead.

“The reason for that is based on information we have right now,” Assistant Marshall County Attorney Jason Darnall explained, adding that investigators are still working to determine a motive for the shooting, which is required for attempted murder charges.

Assault, on the other hand, simply requires “serious physical injury by means of a dangerous instrument.” At least 18 other students were injured in the shooting.

A grand jury has been scheduled to convene on February 13, and charges could be altered at that time. Officials announced that Marshall County elementary and middle schools would reopen on Thursday, and parents will be allowed to attend school with their children should they wish to do so. The high school where the shooting occurred, however, will remain closed until further notice.

On Wednesday afternoon, President Trump acknowledged the tragedy on Twitter, sending his condolences to the victims and their families.

“Earlier today, I spoke with @GovMattBevin of Kentucky regarding yesterday?s shooting at Marshall County High School,” he wrote. “My thoughts and prayers are with Bailey Holt, Preston Cope, their families, and all of the wounded victims who are in recovery. We are with you!”

Earlier today, I spoke with @GovMattBevin of Kentucky regarding yesterday’s shooting at Marshall County High School. My thoughts and prayers are with Bailey Holt, Preston Cope, their families, and all of the wounded victims who are in recovery. We are with you!

RELATED: The Kentucky high school students murdered in a mass shooting have been identified