Four California sheriff’s deputies are accused of carrying out “sadistic and terrorizing acts” against at least eight inmates in San Rita Jail.

Linn reportedly helped facilitate attacks against other inmates. In a number of instances, he opened cell doors for an inmate to attack another with urine, feces and other bodily fluids, an action known as “gassing.” A jail employee said they witnessed Linn opening the cell doors. McDermott is accused of similar actions. He is also believed to have choked an inmate by “placing pressure around his neck with his arm until he lost consciousness.” Linn and McDermott also intimidated witnesses by spreading rumors that they were “snitches.” Krause and Sarcos are accused of both facilitating gassing attacks and actively participating in the planning of at least one attack. They later admitted their role of facilitation to Alameda County prosecutors.

RELATED: Bail denied for three teens who killed one of the world’s only Orthodox Jewish MMA fighters

“These four deputies directed, facilitated, enabled and committed sadistic and terrorizing acts against several men whose protection fell directly within the responsibility of their positions as correctional officers,” said District Attorney Nancy O’Malley in a statement. “The conduct of these four defendants violates the law and there is no rational explanation for their actions aside from abject cruelty and a disregard for the humanity of the inmates.”

Their arrest follows an investigation launched by the Sherrif’s Office in January. Authorities interviewed over 40 people in the investigation. An inmate also blew the whistle and alerted staff of mistreatment. 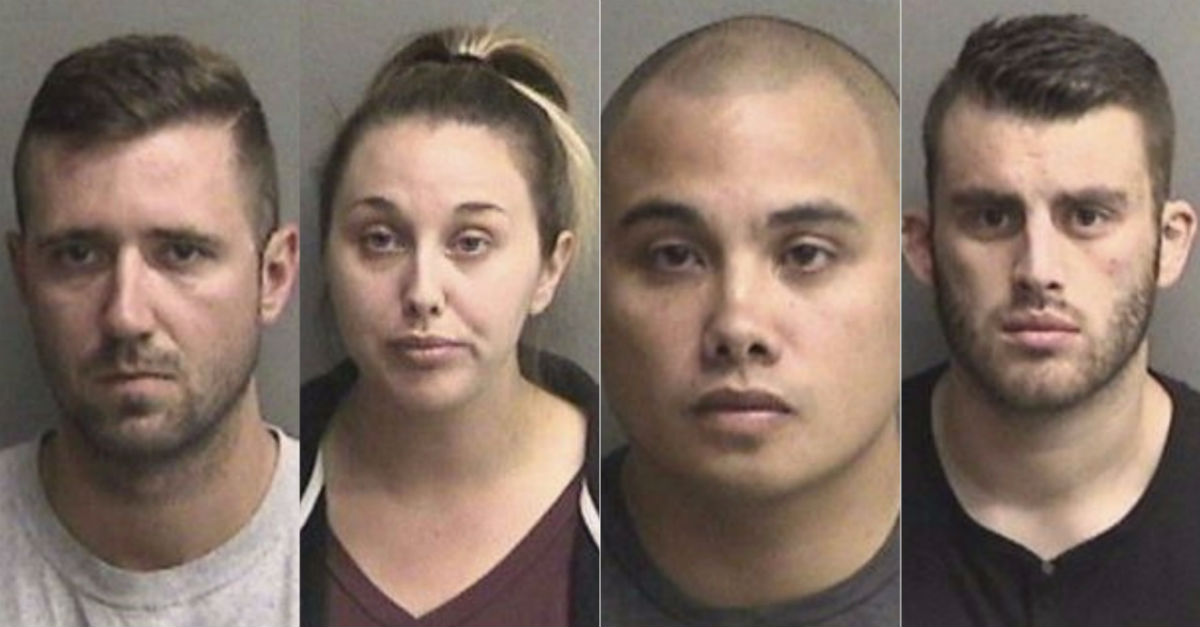