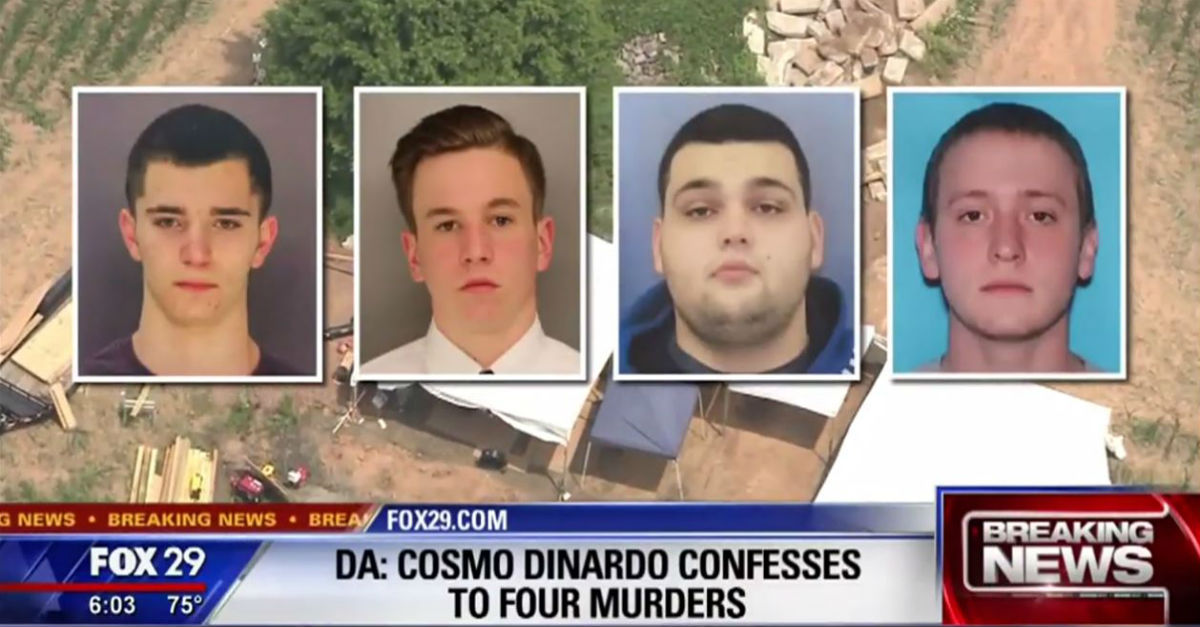 The search for four missing Pennsylvania men ended Thursday morning when police cadaver dogs led law enforcement officials and FBI officers to a 12-foot-deep grave on a farm in rural Pennsylvania. At that time, police named 20-year-old Comso DiNardo as a “person of interest” in the case. The remains were discovered on DiNardo’s parents’ farm, and he had recently tried to sell a car belonging to one of the missing men.

On Thursday night, DiNardo confessed to the murders. CNN reports that DiNardo’s attorney stated, “[Cosmo] admits his participation or commission in the murders of the four young men.” In exchange for his confession, prosecutors will not seek the death penalty. Only one of the bodies discovered in the grave has been identified after police announced Thursday morning that the remains belonged to 19-year-old Dean Finocchiaro. An individual with knowledge of the confession told the Associated Press that DiNardo burned the bodies of the young men because he felt “cheated or threatened” after selling them drugs.

DiNardo’s parents said on Thursday morning that they were cooperating with the investigation and have declined to comment. DiNardo was arrested earlier this year for a firearm charge. The 20-year-old has been diagnosed with schizophrenia and was a well-known drug dealer.

RELATED: “Incredibly hot” leads in the case of four missing men have led Pennsylvania police to a field and a person of interest

A second person of interest has been taken into custody in relation to the murders. Fox News reports that the second arrest occurred late Thursday in northeast Philadelphia.