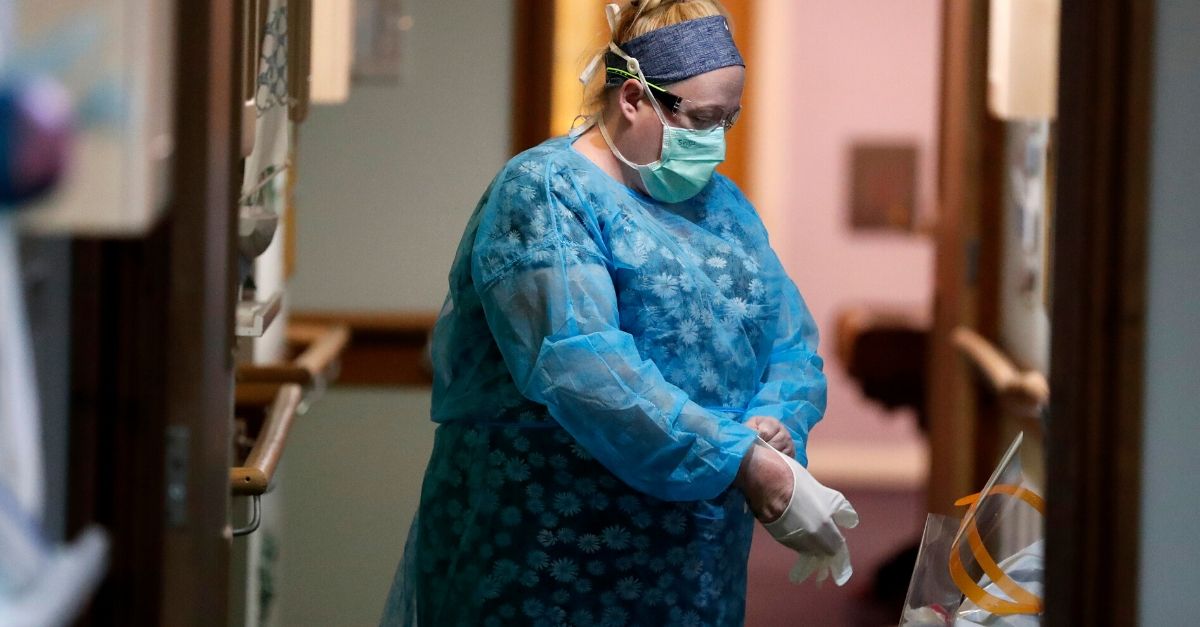 Danielle Conti, a 43-year-old nurse from Staten Island, New York, would normally be praised for her hard work in one of the most affected states by COVID-19. People are struggling on the front lines up there, and the entire country can only watch and help where it can. However, this isn’t a story talking about her hard work. In fact, she did one of the worst things you could do, notably as a nurse, to a family who has just lost a loved one. Especially one that has lost their loved one to COVID-19. So what did she do?

While making her daily rounds around Staten Island University Hospital North, Danielle Conti had the audacity to swipe the credit card of a COVID-19 patient who passed away. And when I mean swipe, I mean steal. This nurse stole the credit card of 70-year-old Anthony Catapano, who passed away from the coronavirus on April 12. He was a widow and also grandfathers a 12-year-old girl.

Anthony’s daughter, Tara Catapano, spoke on the situation, extremely disappointed, “I can’t believe a person could do something like that to someone fighting for his life. This is a nurse who took an oath to treat, protect, and save patients. It’s disgusting … Never in a million years did I expect any of this to happen.”

On April 9, just three days before Anthony passed away, Danielle allegedly had stolen Catapano’s card when he was in the ventilator unit at Staten Island University Hospital North and got caught when she used approximately $60.23 at a gas station and made another charge at a ShopRite store the same day. And according to the NY Daily News, Staten Island had also hit a peak of nearly 1,200 coronavirus cases that same single day.

Tara Catapano realized the card had been stolen when her dead father’s credit card bill showed up in her mail. She was alarmed that there was a gas station charge because her father always used cash to pay for gas and the charges on the card were made the day he was moved into a ventilator unit.

Then on April 28, Tara reported the issue to the police. Danielle was arrested and charged with grand larceny, and a Staten Island University Hospital North spokesperson disclosed what will happen to Danielle moving forward. The spokesperson explained, “Danielle Conti has been temporarily suspended and faces termination in response to the felony charges. We are working closely with the law-enforcement authorities and the hospital is conducting its own investigation.”

I’m not sure what kind of conscience a person has to steal a credit card from a dying coronavirus patient. What kind of desperation forces someone to do that? Or was Danielle Conti not motivated by desperate factors, and did it out of pure insensitivity thinking she could get away with something like that? Who knows. All I do know is that my heart breaks for the Catapano family. Tara had also lost her brother 7 months earlier, so this family shouldn’t have to be dealing with stuff like this.