Donald Trump Jr. has responded on Twitter to a New York Times report that said he met with a Russian lawyer on the prospect of getting damaging information about Hillary Clinton during campaign season by sarcastically saying no one has ever done this before.

RELATED: Donald Trump Jr.’s judgment is in serious question after he met with that Russian attorney

Obviously I'm the first person on a campaign to ever take a meeting to hear info about an opponent… went nowhere but had to listen. https://t.co/ccUjL1KDEa

“Obviously I’m the first person on a campaign to ever take a meeting to hear info about an opponent … went nowhere but had to listen,” he tweeted.

The Russian lawyer in question, Natalia Veselnitskaya, Trump Jr. said “stated that she had information that individuals connected to Russia were funding the Democratic National Committee and supporting Ms. Clinton,” but he says it soon “became clear that she had no meaningful information” and that the non-information was “a pretext for [a] meeting” about adoption policy.

Trump Jr. tweeted that his statements about that meeting had “[n]o inconsistency.”

No inconsistency in statements, meeting ended up being primarily about adoptions. In response to further Q's I simply provided more details. https://t.co/FdT1D4hfhz

He also tweeted a New York Post article that described the New York Times’ report on the meeting as a “big yawn.”

The Times 'exposé' on Donald Trump Jr. is a big yawn https://t.co/96GiWk87qq via @nypost

RELATED: Get ready to hear the word “collusion” another billion times this week

Trump Jr. also tweeted Monday that he would be willing to answer Sen. Susan Collins’ (R-Maine) call for him to tell the Senate Intelligence Committee what he knows.

Happy to work with the committee to pass on what I know. https://t.co/tL47NOoteM

Over the weekend, Trump Jr. initially omitted any mention of Clinton from his account of the meeting, saying Saturday that the discussion focused on a disbanded program that had allowed American adoptions of Russian children.

A day later, Trump Jr. acknowledged he was told beforehand that the lawyer, Natalia Veselnitskaya, might have information “helpful” to the Trump campaign, and was told by her during the meeting that she had information about Clinton.

It appeared that Trump Jr. shifted his account of the meeting after being presented with additional information from The Times, which first reported both the discussion and the prospect of negative information about Clinton.

President Trump did not attend and Trump Jr. said the president was unaware of the meeting.

“I interrupted and advised her that my father was not an elected official, but rather a private citizen, and that her comments and concerns were better addressed if and when he held public office,” Trump Jr. said in a statement. 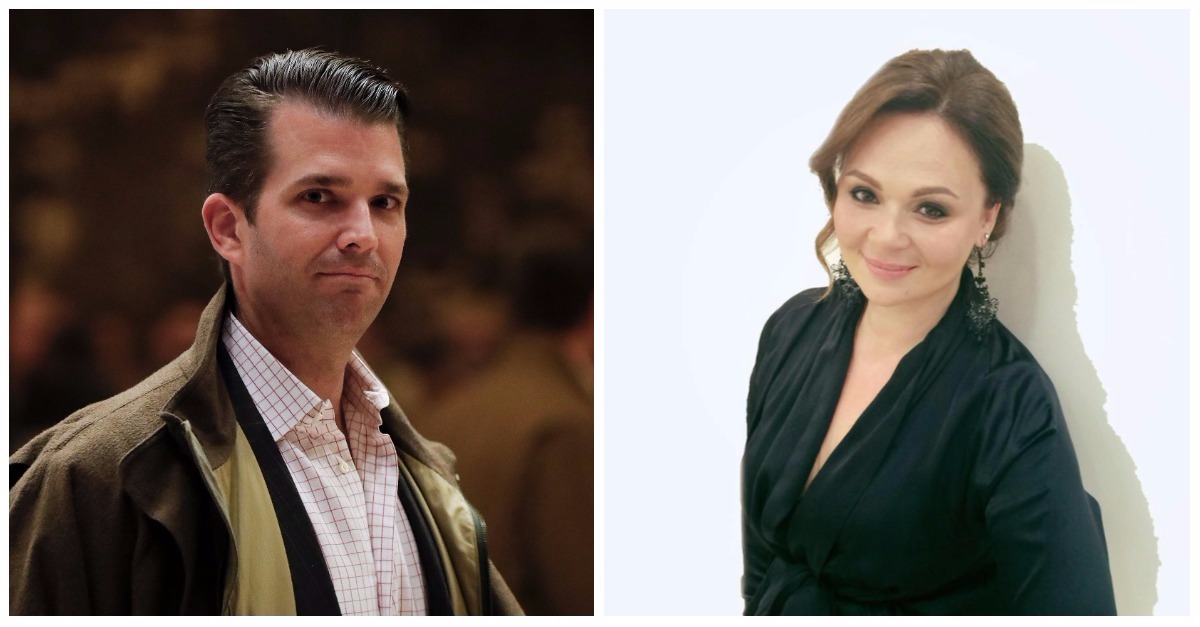