The city of Las Vegas dimmed its lights from 10:05 to 10:16 p.m. PST on Sunday night in remembrance of the 58 people who were murdered one week ago in a mass shooting at a country music festival.

As CBS News reported, most of the casinos and hotels along Las Vegas Boulevard dimmed their lights.

Lights went dark in Vegas to honor the victims pic.twitter.com/VKXOp3T6rl

Out of the darkness and into the light. #VegasSTRONG @news3lv #1OCTOBER #LasVegas pic.twitter.com/G47h7pz1WI

The marquees of the Las Vegas Strip go dark in a show of unity and strength for the victims and their families. #VegasStrong pic.twitter.com/dz8T3Oytvz

You may recall that the Strip also dimmed its lights after the 9/11 attacks. 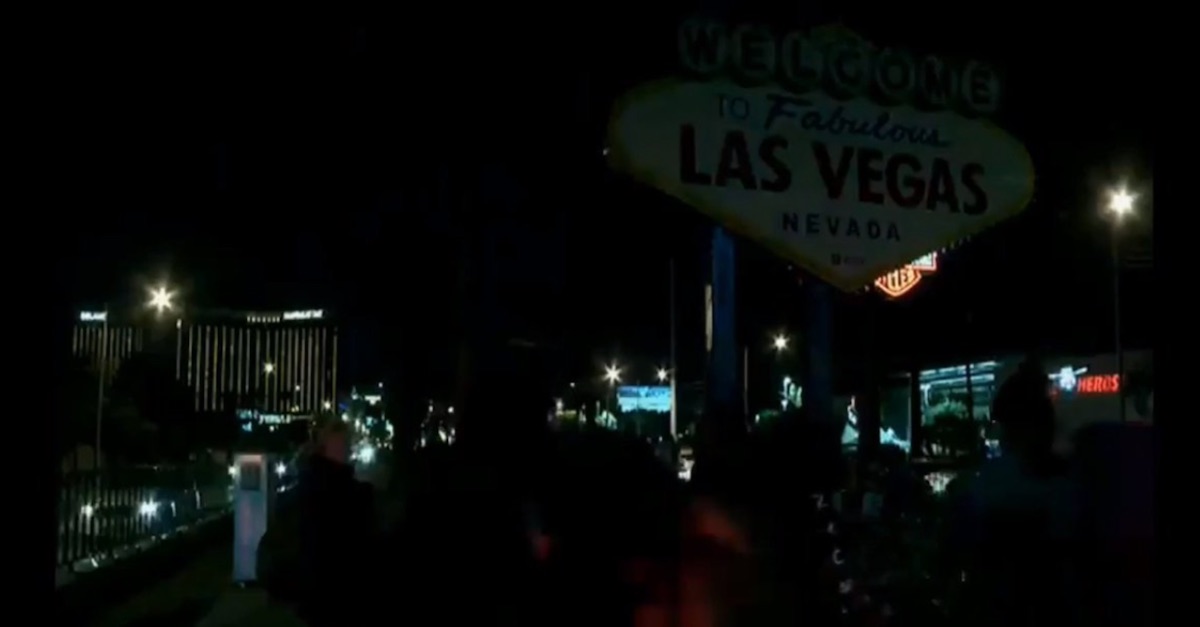