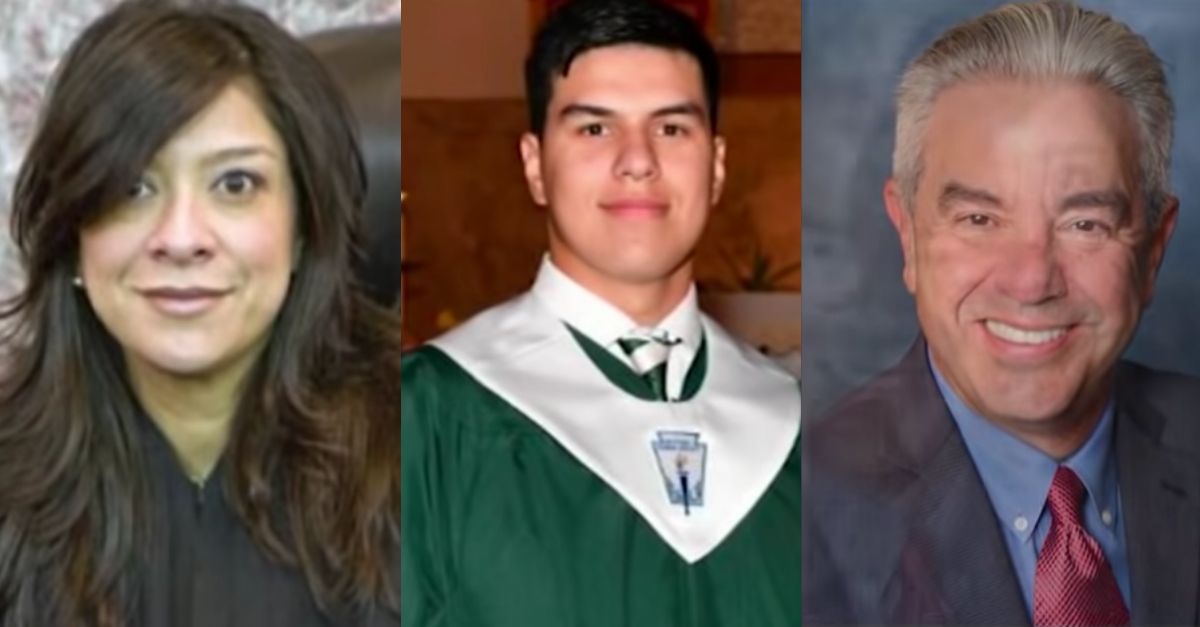 In an intriguing case regarding the murder of the 20-year-old son of a federal judge on Sunday evening, the suspect in question was found dead the next morning in what the FBI and U.S. Marshals are saying is from a self-inflicted gunshot wound.

US District Judge Esther Salas became New Jersey’s first Latina US District Court judge since 2011, after President Barack Obama nominated her for the federal bench. Her name is known in handling and sentencing high profile cases including the financial fraud case of reality tv stars Teresa and Joe Giudice from the Real Housewives of New Jersey, federal racketeering charges for Farad Roland (alleged gang leader of the South Side Cartel, known as “one of Newark’s most violent street gangs”), and now recently an ongoing lawsuit by Deutsche Bank investors against Deutsche Bank for failing to monitor high risk customers, including the late convicted sex offender Jeffrey Epstein.

According to what a law enforcement official told CNN, the gunman who shot Federal Judge Esther Salas’ son, Daniel Anderl, was dressed in a Fedex uniform. Salas’ husband, defense lawyer Mark Anderl, was right behind Daniel when the supposed FedEx dressed perpetrator started firing after Daniel opened the front door to their family’s North Brunswick home. The suspect fled after taking Daniel’s life and also injuring Mark who is now in a stable condition.

The law enforcement source explained that while investigating the suspect’s vehicle, officials found a FedEx package addressed to Salas. The suspect was discovered in Liberty, New York, but dead from the supposed self-inflicted gunshot wound. And law enforcement had no idea of any threats made against Judge Salas. Jonathan Lyons, a spokesman for FedEx, explained in an emailed statement that the mail carrier service is fully cooperating with authorities.

Back in 2018, Judge Salas explained to the New Jersey Monthly, that she met criminal defense attorney Mark Anderl while she was a second-year law school intern and that they’ve been “inseparable since 1992.” The federal judge’s son, Daniel, was ready to take on a future as a lawyer as well in following his parents’ footsteps, going into his junior year at Catholic University in Washington, D.C.

The FBI is asking that anyone that may have relevant information, to please contact FBI Newark at 973-792-3001.