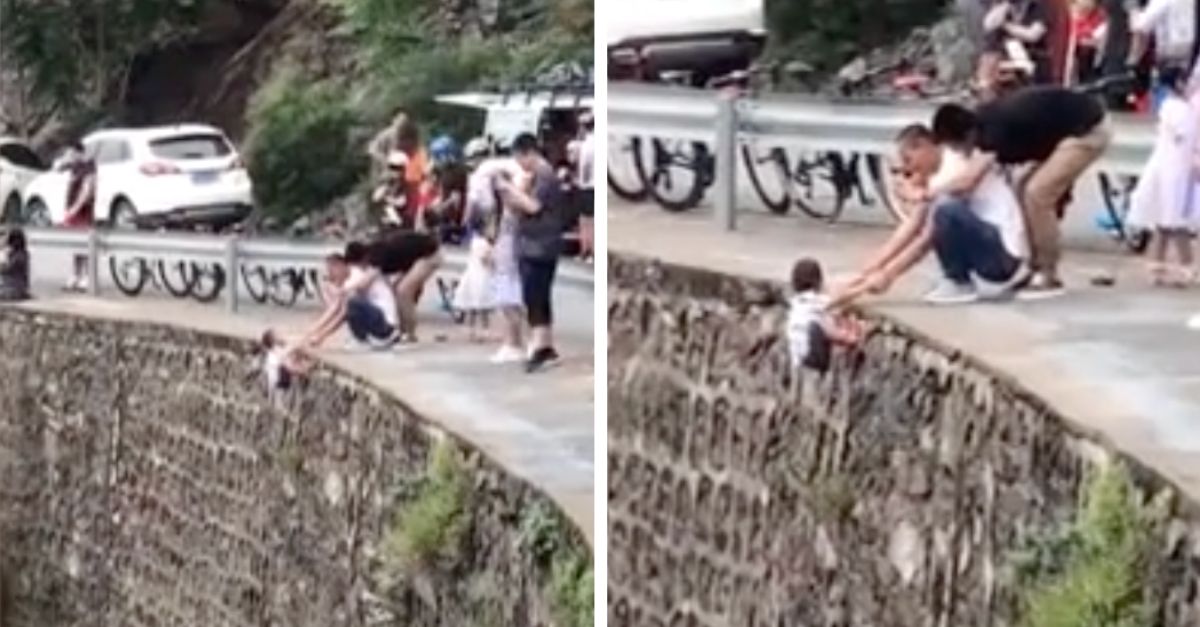 Well, looks like we have officially found the father of the year for 2020. You know, because 2020 has been pretty crazy and crappy, so yeah, seems fitting. This Chinese father decided to pull a Michael Jackson, and was caught on camera holding his young son over the edge of a cliff in order to get that perfect snapshot for the internet. Footage captured the shocking moments the young boy is looking around the steep slope while being dangled by his dad over the ski slope. One of his family members is then seen taking the photos from behind them. If this is their idea of the perfect souvenir photo, I don’t even want to see their Christmas photos.

As expected, the video angered social media users worldwide, slamming the father as “undeserving of being a parent.” Because well, this father was literally putting his own child at risk, the worst way he possibly can. Stupid. Still, there he was just dangling that poor little boy around as if he was a raggedy doll.

The trending video was said to have been filmed in a local Scenic spot in Beijing Hongjing Road, which is a 19-kilometre road, well that is known for its beautiful scenery and very sharp bends. People don’t quite know the specific height of the slope, but the road is said to snake around the mountain seven times, reaching a height of 905 above sea level.

Honestly, at this point, you can say whatever you want, but I’m convinced that this is just reckless. This boy is probably not even going to remember this moment. All this father wanted was some clout on social media. I don’t know, there’s just something I hate about parents trying to use their children to gain fame.

How stupid can people be

If I was the mother of his boy, and I saw this video, I would automatically divorce this man and be taken to court to get all custody of my child. That’s just me though. Also, we’re in the middle of a freaking coronavirus pandemic…where are all their face masks?!

Watch: Dad Sues Bullies After Son Is Voted ‘Most Likely To Shoot Up A School’