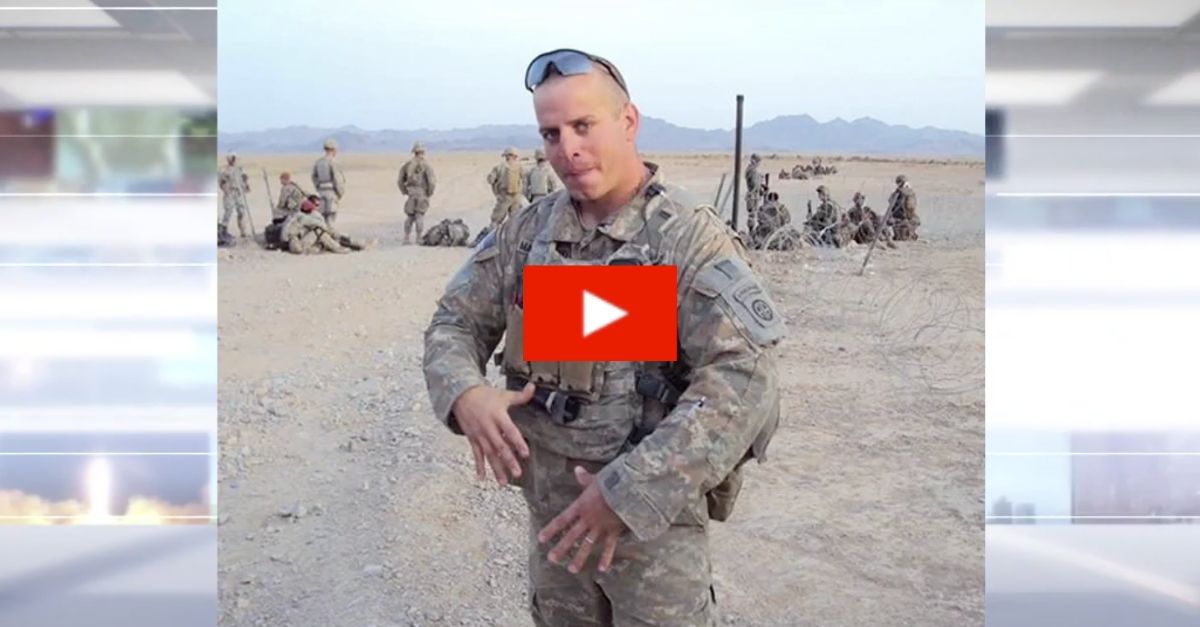 Master Sgt. Andrew Christian Marckesano, or “Andy,” a decorated Green Beret and a Silver Star recipient committed suicide in front of his wife two days after the Fourth of July, despite still being on active duty and leaving three small children behind. Andy wasn’t his only nickname, as his fellow military comrades also referred to him as a real-life “Captain America.” And what a title to hold.

Andy had just moved to Washington, D.C. to start a new position at the Pentagon. But before that, according to Fox 6, this army veteran served six full tours in Afghanistan with the 82nd Airborne and the Ranger regiment and a half dozen combat tours overseas. Before he committed suicide he was having dinner with his former battalion leade and returned home in Old Town, Alexandria.

This “Captain America” suicide was the 30th one from this battalion, sending shock waves throughout the military. His close ones and military leaders told Fox News “that Marckesano never got over his tour in Afghanistan’s Arghandab Valley in 2009 with the 2-508, a battalion that had one of the highest casualty rates of any unit during the war,” and the battalion’s former Command Sgt Major Bert Puckett added, “That deployment was like being in the ring with Mike Tyson for a year.”

What made Andy’s suicide even more shocking, is he had even sent an appeal that week to the rest of his battalion, saying, “Text me, I told you before my door is open… my phone is at hand. We did things that people make movies about and in some cases, writers and producers wouldn’t even try to write our story… the rucksack is heavy… and when it gets heavy we [&$#*] help each other, but you have to reach out… Don’t let the Valley win.”

In 2013, Staff Sgt Allen Thomas, who served in the same battalion as Andy, also committed suicide, leaving his two daughters and his wife Danica. He was serving as a three-time combat tour infantryman with the 82nd Airborne, when a suicide bomber tore through his body, forcing him to recover at Walter Reed. However, Allen suffered from PTSD, and soon asked Danica to take him to Fayetteville VA Emergency Room for a psychiatric evaluation. Due to lack of space and beds, the VA just sent him home with pain killers, something that’s definitely not accepted today.

Soon enough, in a mental breakdown, Allen killed 68-years-old Ann Awaldt and her husband Todd, before turning the gun on himself. It was recalled about the two-time Purple Heart recipient, explained as, “Eyewitnesses said Allen’s last words were ‘I got it. I cleared the house.’ We think at the time Allen thought he was back in Afghanistan. But in body, Allen was in our residential neighborhood in Fayetteville. He thought he was taking out the enemy, but instead, it was two innocent neighbors and their dog.”

The Trump Administration and the White House have been making efforts towards suicide prevention, working with the statistics that 20 combat veterans commit suicide each day. They had a White House ceremony in honor of launching the PREVENTS Task Force with The Independence Fund and the Department of Veterans Affairs (VA) Be a Hero for a Hero last month.

President Trump said, ““My administration is marshaling every resource to stop the crisis of veteran suicide and protect our nation’s most treasured heroes. They’ve been through so much, and it’s such a deep-seated problem.” Danica was also at the White House ceremony last month in launching the Trump Administration’s suicide prevention initiative.

So far, the mental health resources provided by the VA include same-day access for emergency mental health care, the right to seek private-sector care at the VA’s expense if the VA cannot provide, and a 24/7 Veterans Crisis Line: 1-the veterans.

COVID-19 and the coronavirus pandemic have caused former combat troops and active-duty troops to suffer more due to social distancing and quarantine. We need more help for our veterans. Thank you Master Sgt. Andrew Christian Marckesano, Staff Sgt Allen Thomas, and the rest of their battalion for your service. And may both these soldiers rest in peace.

Watch: Police Officer Helps Save Distressed Man From Jumping Off Bridge By Offering a Hug