Menu
Follow us
Search
Menu
Search
FILE - In this March 7, 2013 file photo, Sen. Rand Paul, R-Ky. talks to reporters on Capitol Hill in Washington. The Republican Party’s search for a way back to presidential success in 2016 is drawing a striking array of personalities and policy options. It’s shaping up as a wide-open self-reassessment by the GOP. Some factions are trying to tug the party left or right. Others argue over pragmatism versus defiance. (AP Photo/Charles Dharapak, File)

Except for Rand Paul, who, apparently, has been getting plenty of one-on-one time with the president.

Politico published an interesting behind-the-scenes look Friday on how Trump and Paul have been coordinating together — and often alone — to repeal and replace Obamacare. Some of what the president and senator have discussed directly undermines the current efforts of Republican leadership, which of course doesn’t make them very happy.

“(T)he late-game shift from Paul and Trump has exasperated staffers working on the bill, Republicans said, and has given conservative GOP senators like Ben Sasse of Nebraska and Mike Lee of Utah a way to agree with the president and simultaneously cast doubt on the ongoing repeal bill,” Politico reports. “That will make it harder for McConnell to garner sufficient support, especially after Paul has convinced Trump that there might be another way out, even if it was the original plan that McConnell and House Speaker Paul Ryan were pressing for seven months ago.”

This is noteworthy for a number of reasons, one of which is the fact that Paul still remains a firm ‘no’ vote on the current Republican plan. Politico notes that neither the Trump White House nor Majority Leader Mitch McConnell are calling Paul trying to get him to vote yes. McConnell, in particular, has given up on Paul. Both recognize that Paul will not accept the current legislation as written and that he wants a full repeal of the Affordable Care Act, which the senator says the current plan doesn’t do.

“He’s trying to blow it up and has been since January,” said a second Republican source about Paul, according to Politico.

This is accurate because what Republicans have come up with to date is terrible. Paul wrote an op-ed for Rare on Jan. 2 demanding that Republicans “repeal and replace Obamacare immediately.” He was saying this long before this current health care debate, going all the way back to his 2010 Senate race, and has continued to maintain that his party should keep their promise to repeal, something almost all Republicans have campaigned on for the last seven years. Paul has consistently derided both the House and Senate health care reform efforts as “Obamacare-lite.”

“Trump wants Paul to be part of the party’s negotiations on health care,” Politico notes, and Rand has also said of Donald, “He is very persuasive.”

Trump and Paul appear to have each other’s respect and ear. Politico observes, “The persuasiveness goes both ways. Trump listens to Paul, who has offered a variety of political, procedural and policy solutions to the GOP’s health care quagmire over the past six months.”

Obamacare was supposed to help the many Americans who could not afford health care or were not insured due to pre-existing conditions. Some of those people were helped by it. But many, particularly middle-class families, also saw their premiums increase so high that they could no longer afford coverage.

As many Americans have been hurt by Obamacare as have been helped by it, and that’s what both parties refuse to say clearly.

The current Republican legislation does not do enough to address these problems, which has been Paul’s complaint all along. He doesn’t want what people will inevitably call Trumpcare to be as dismal a failure as Obamacare has been.

Health care needs to be affordable. People with pre-existing conditions need to be protected. Most agree on this.

The key component of Paul’s idea of what a Republican replacement for Obamacare should look like is something called Association Health Plans, which would allow individuals and groups to band together — similar to how employer-based healthcare operates, but that current regulations do not allow.

In other words, Rand Paul really does have a solution to Obamacare. Most Republicans have not been listening to him.

Except for the President of the United States. 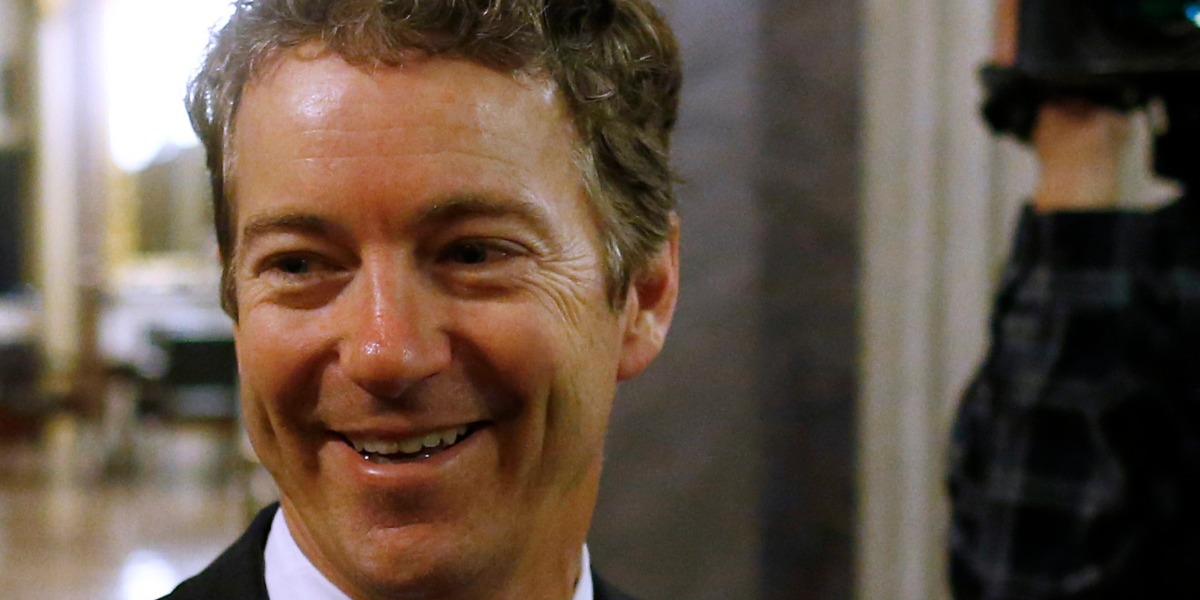