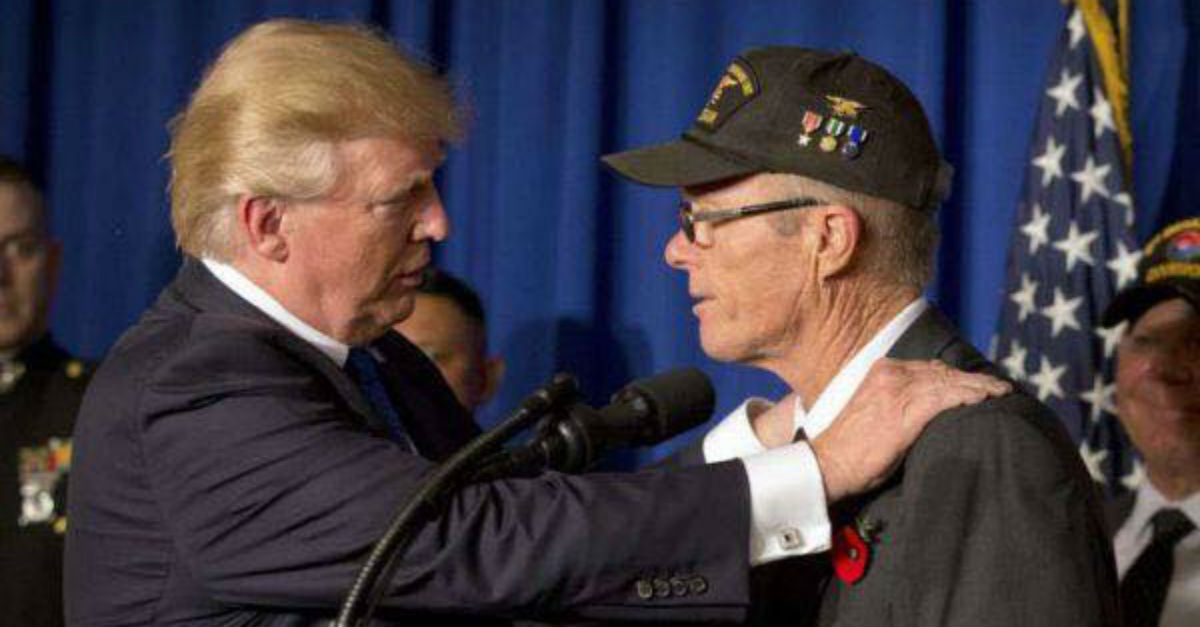 One Vietnam War veteran could not hold his tears back when President Trump honored him and others during his foreign policy trip to Asia.

Trump visited a former American airbase in Danang, Vietnam to meet with and honor veterans of the Vietnam War in a Veterans Day event organized by the Greatest Generations Foundation. The nonprofit is dedicated to “honoring the sacrifices of veterans by returning them to their former battlegrounds, cemeteries and memorials to ensure that their legacies are recorded and retold in perpetuity to future generations.”

Among the veterans at the event was Max Morgan of Santa Clarita, Calif. Morgan battled emotions as he thanked the president for his support.

“From my heart, thank you for your support of the military, and it’s an honor to be here as one of seven Vietnam veterans representing the 58,000 heroes who never made it home,” he said.

Trump embraced Morgan in a hug as the veteran teared up on the president’s shoulder.

Trump also shared a message of thanks on Veterans Day:

On this wonderful Veterans Day, I want to express the incredible gratitude of the entire American Nation to our GREAT VETERANS. Thank you! pic.twitter.com/GhQbCA7yII

RELATED: Arnold Schwarzenegger thanks our veterans for their service and sacrifice on Veteran?s Day