A couple found “doo-do-looking stuff” on their Little Caesar’s, and the health department had some very bad news for them 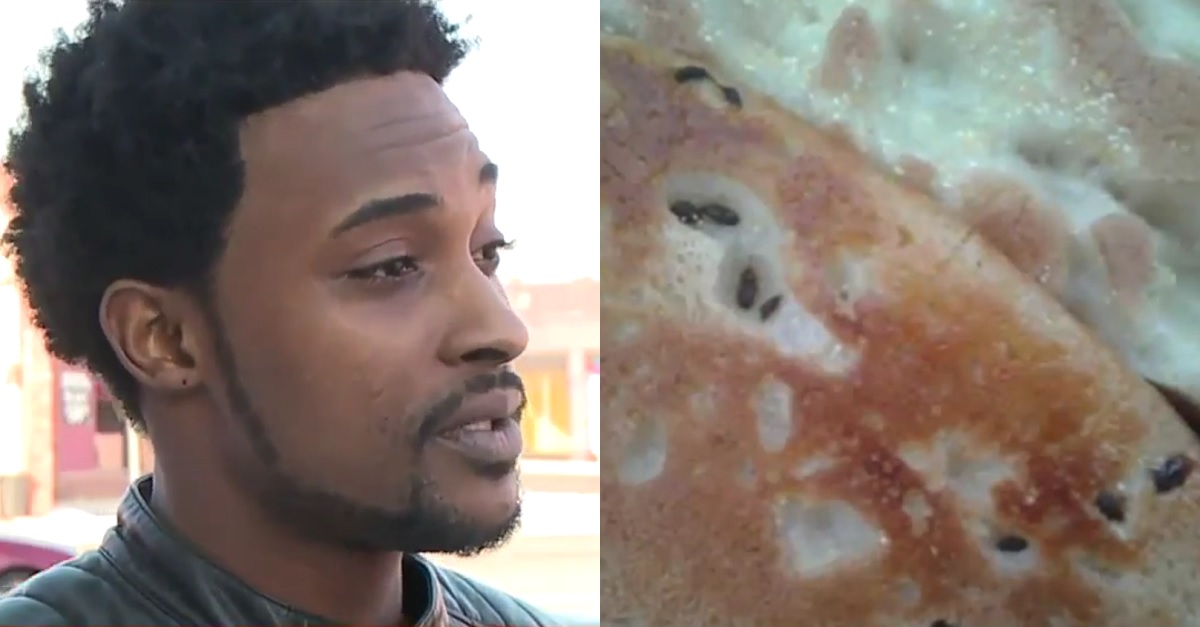 RELATED: One scientist’s nasty photo confirms our worst fears about the hand dryers you may use every day

Johnathan McNeil called the police after he and his girlfriend found the unwanted toppings after picking up a pizza at a Little Caesar’s on Tuesday night, according to WCNC.

“She looked at the pizza and realized there was like doo-doo-looking stuff,” said McNeil. Agreeing, he made a U-turn and took the pizza back to the restaurant. Neither of them had eaten the pizza — something for which they were about to be very grateful.

He says the employees were lost for an explanation.

“All of them were looking at my pizza dumbfounded as if they didn’t know what’s going on… I said ‘That’s mouse doo-doo on the bottom of my pizza.'”

Without an answer from Little Caesar’s staff, McNeil called the Indianapolis police. They referred him to the Marion County Health Department, who initiated an “emergency inspection.”

That shuttered the restaurant until the story of the “doo-doo-looking stuff” could be resolved. Unfortunately, it was as bad as it sounds. Marion County Health Department Investigator Janelle Kaufman said the department “did find that there were rodent droppings and violations that warranted us doing a license suspension.”

Health Department supervisor Derek Trackwell added that there was a “good amount” present.

“It’s not very often that we run into that amount of evidence of mouse droppings in a food product,” he said. But worse, it might be intentional.

Mouse droppings were found along the walls in the restaurant, but not in the dough, in cabinets, or on other, taller preparatory surfaces. There was no sign of mice above the floor level — but it had to get up there somehow.

“You’d think we’d find droppings in the actual product, but none were found,” said Trackwell. “That’s been a question that all of us had.”

The store has undergone a cleaning and has reopened.