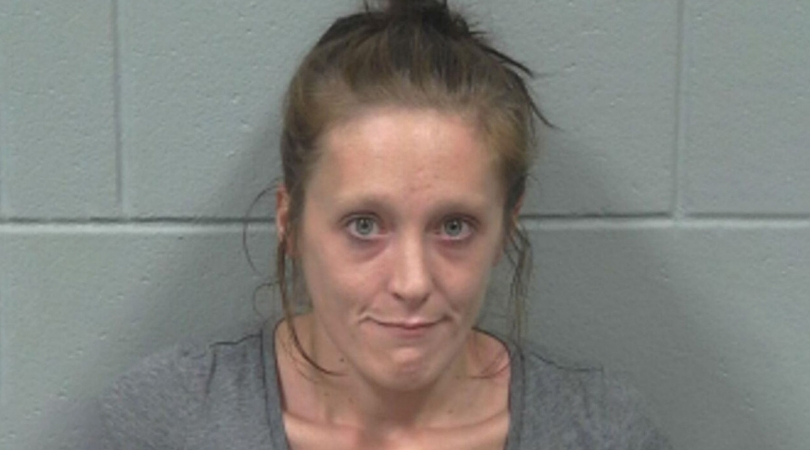 A year after her 1-year-old daughter died from acute fentanyl poison, 33-year-old Kimberly Nelligan was arrested on September 19, after rubbing heroin residue on her daughter gums to help her sleep. The woman had allegedly done the same thing to her two older children. During a court appearance, the Maine woman pleaded not guilty to a Class D charge of child endangerment and a Class E charge of drug possession of a schedule Z drug.

According to the court documents, Nelligan rubbed small amounts heroin on the girl’s gums about 15 times over the course of two months before her death on October 10, 2018. The Medical Examiner’s office officially determined the toddler cause of death was due to acute fentanyl intoxication, which means the heroin was likely laced with a potent opioid. According to the U.S. Centers for Disease Control and Prevention, Fentanyl is a synthetic opioid pain reliever that is prescribed for severe pain, but is sold illegally for its “heroin-like effect.”

Court documents allege Kimberly Nelligan rubbed heroin on her daughter's gums to help her sleep and alleviate stomach issues. She pleaded “not guilty” to both charges of endangering a child and drug possession today in court. https://t.co/06LVdC5yTW pic.twitter.com/Efu2aKiTRz

Despite the findings, Nelligan denied ever using heroines when she was approached by authorities last year but then admitted to using heroin at least once a week for two months before her daughter’s death and snorted heroin that came in small baggies. She then admitted to using the drug on her other children as a sleep aid. Her husband reportedly helped police “make a case against her.”

The Bangor Daily News reported that the baby’s father told authorities he had witnessed his wife rubbing the heroin on their daughter’s gums. She then told him she didn’t mean to hurt her on purpose. If convicted, the mother, who does not deserve to be called mother, could be sentenced to a year-in a-half in prison. Which seems ridiculous to me, since this woman drugged and killed her own daughter, despite her knowing what the consequences could be.

They accuse a woman of killing her one-year-old daughter by rubbing heroin in her gums to fall asleep, United States

Kimberly Nelligan, 33, poisoned the baby, who was found fentanyl in the body, which is why he died. pic.twitter.com/A5yEawMjhY

Nelligan is currently out on personal recognizance bail. Her conditions include no contact with the biological father and no unsupervised contact with children under 18. She is also not allowed to consume any illegal drugs or alcohol.

This article was originally published on September 19, 2019.