The Human Ken Doll continues to be a trainwreck we can’t help but watch. He’s so extreme that it’s hard to turn away and his latest surgery is perhaps the most bizarre yet.

Rodrigo Alves has already been warned about health issues regarding his numerous plastic surgeries. He has been told more surgeries on his nose might cause it to fall off. So, he’s turned his attention to his abdomen, specifically, some ribs that protect internal organs.

The Ken Doll wanted to have six ribs removed. He talked to doctors all over the world to find someone to do the procedure, but it was such an extreme surgery that no plastic surgeon would risk it for any amount of cash. Alves then settled for having four ribs removed.

One of the reasons he wanted this surgery was so that he wouldn’t have to keep getting his blazers altered. He didn’t want to go to a seamstress, so he went to a plastic surgeon instead. While many of us shake our heads and believe his money would be better spent on mental therapy, the Human Ken Doll believes he’s not crazy and doesn’t need psychiatric care.

In a recent television interview, Alves showed off his new physique, sporting four fewer ribs. But, he still brought those ribs with him to the television studio. In the same interview where he claims he isn’t crazy, he shows off the ribs he now keeps in a jar as proof of his procedure. Warning: If you are squeamish, you may want to scroll past the picture below.

Alves wore a corset during the interview as he needs it for support while he recovers from his rib removal surgery. The shocking video is below.

That man has some serious issues that a plastic surgeon will never be able to heal. A scalpel will never fix his problems. Rodrigo Alves looked fine before he had even a single surgery. Click here to see those pictures. 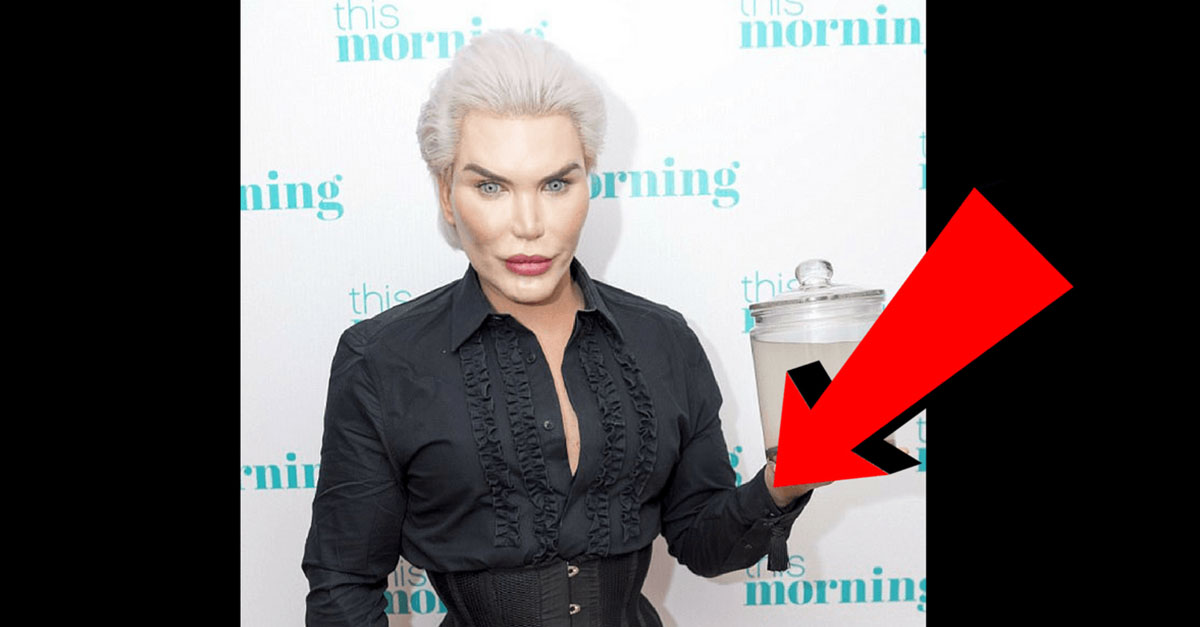