Instead of seeing the good in Melania Trump’s Texas visit, the internet mocked her shoes 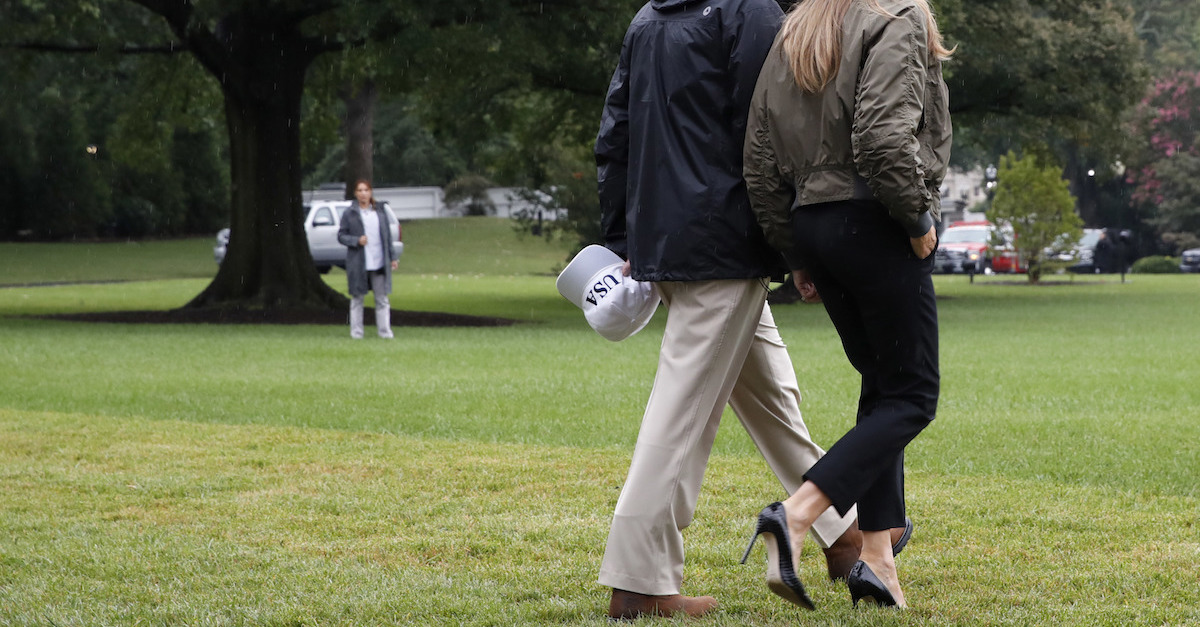 First Lady Melania Trump was the target of mockery on the internet Tuesday as she and the president made their way to Marine One this morning, which was taking them to Corpus Christi, Texas, for a briefing on the Hurricane Harvey fallout.

One thing Americans can agree on is that it’s important for the first couple of the United States to be on site after disasters like Harvey occur, to bring the country together and rally around those affected.

But instead of focusing on this, all people could do was talk about the unsuitability of Melania Trump’s heels.

What was your first clue that this Texas trip was to be nothing more than a fake, useless photo op? Was it Melania's six-inch spike heels? pic.twitter.com/vUXivDDvLV

Some of the comments got really nasty.

Melania ensures that at least her heels will be 5 inches clear of any floods. Utterly idiotic, makes her look like a hooke…oh, wait pic.twitter.com/QqO6zZr19K

(Melania wobbles into shelter in 6-inch heels)
"I here help. I bring you perfumes and chocolates." https://t.co/t8G4MP8zei

She does know she's going to a natural disaster, right? Not sure 4 inch heels is the most appropriate footwear.

Is the implication that the first lady doesn’t know she’s going to a natural disaster?

RELATED: All the information you need to help Texans as flooding reaches ?catastrophic? levels

Seemingly lost in all of this was that Melania Trump’s footwear was only for boarding the plane.

Immediately after landing in Texas, it was clear the first lady was wearing sneakers, and commenters took notice.

Melania walked in stiletto heels while still in DC. She arrived in Texas with sneakers. She looked awesome as always in both places.

But even this wasn’t enough, as some linked the footwear change to criticism she received between boarding and landing.

Maybe this was just the plan all along?