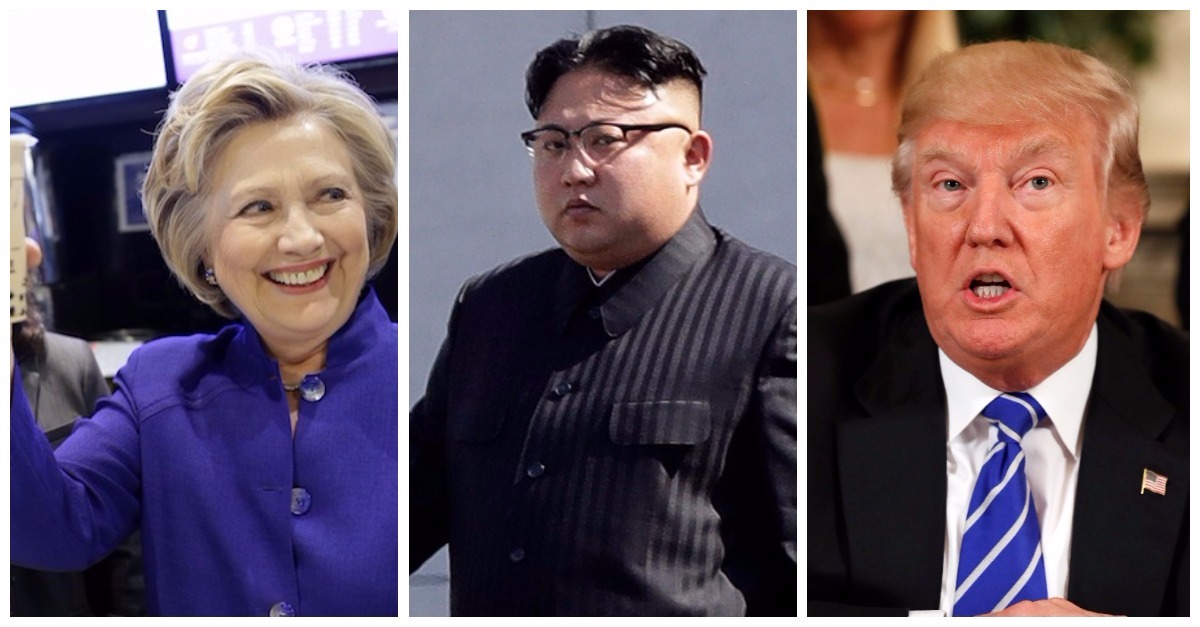 Former secretary of state and presidential candidate Hillary Clinton has weighed in on the North Korea situation, saying that she thinks President Donald Trump is “playing into Kim Jong-un’s hands” with inflammatory rhetoric.

Clinton, who made an appearance on CNN Sunday, called it “disturbing” that Trump tweeted his Secretary of State Rex Tillerson shouldn’t bother with dialogue and later tweeted that “only one thing will work.”

“I find that so disturbing,” Clinton said, according to The Hill. “Because you should not be talking about matters of peace and war and nuclear weapons with tweets. And yet we know that is how this president behaves.”

“You can’t have impulsive people or ideological people who basically say, ‘We’re done with you,'” she said. “[Trump’s] playing into Kim Jong Un’s hands.”

“The idea that he’s going tit for tat with the American president who is tweeting against him and calling him names, that is cat nip to this guy,” she added. “What we’ve done is to build him up, give him more legitimacy than he deserves to have, given how his people are being treated, and I think that’s a very short-sighted and dangerous route to take.”

Clinton also predicted that there would be “a nuclear arms race in East Asia” as a result.

This wasn’t the only matter discussed on CNN this morning.

Clinton said the U.S. should “keep an eye on [Putin],” because “he’s not done.” She also said that “sexism and misogyny are endemic in our society.”