Former Secretary of State and Democratic presidential nominee Hillary Clinton is still weighing in on the 2016 election and President Trump.

“He’s been even worse than I thought he would be,” she told MSNBC’s “AM Joy.”

Clinton also accused Trump of being a “political opportunist” and continued in her criticism of women who voted for Trump over her in the election.

“I think, ‘Why are they publicly disrespecting themselves?’” she said of women who used obscenities to express their anti-Clinton sentiment. Clinton suggested that they were opening themselves up to sexism.

Clinton spent the last couple of weeks discussing the election while promoting her new book, “What Happened.” When asked by “CBS Sunday Morning” host Jane Pauley, Clinton said that her career as “an active politician” was “over.” 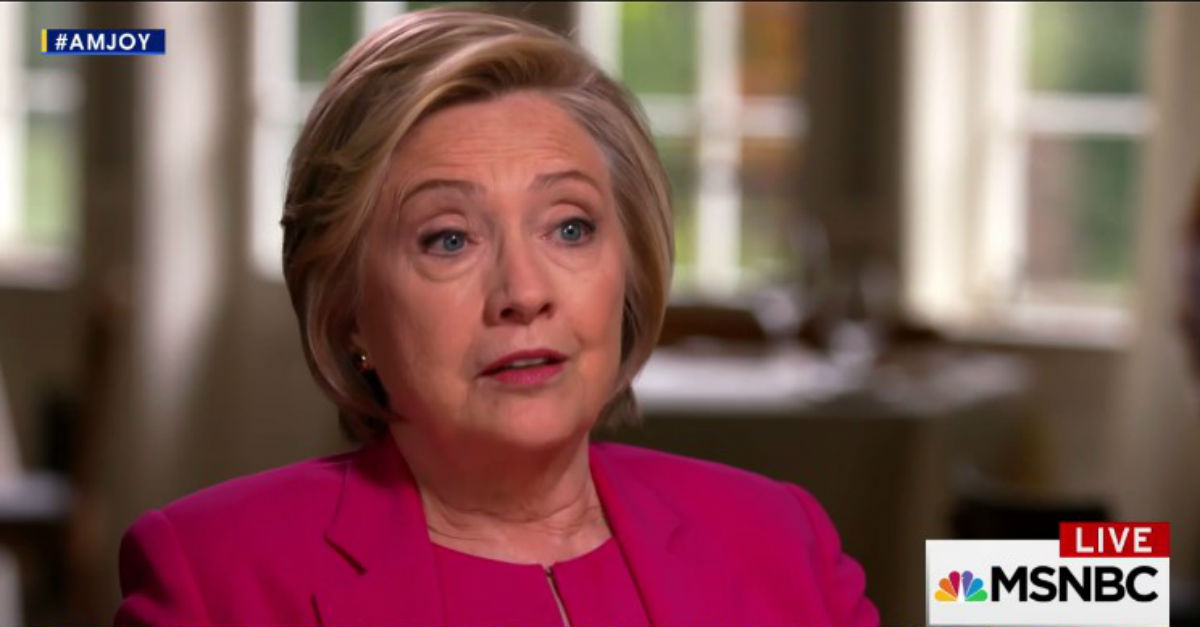