After President Trump’s attack on MSNBC’s “Morning Joe” co-hosts, Jake Tapper pointed something out to him 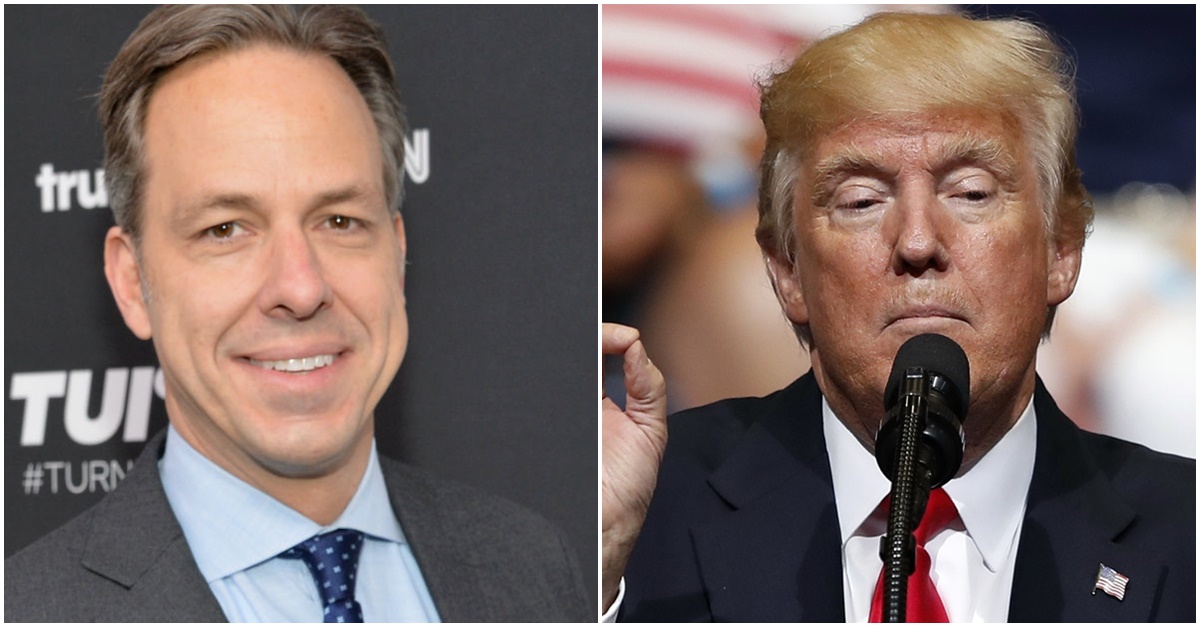 CNN host Jake Tapper is calling out President Donald Trump for his constant tweets about the media and his lack of focus on the real issues facing the United States and the rest of the world.

In a series of tweets posted to his Twitter page Saturday, the host of “The Lead” said that more than 10 percent of the president’s tweets focus on the media, while hardly any of his tweets focus on things that matter, including troops, the opioid crisis, Syria, North Korea, Assad, how to deal with the debt/deficit, famine in Africa, education, plans to rebuild crumbling U.S. infrastructure, jobs, what to do in Ukraine and the crisis in Venezuela.

2/ …North Korea, Assad, punishment of Russia for election interference, how to deal with debt/deficit, famine in Africa, education, …

3/ plans to rebuild US crumbling infrastructure, tweets specifically using the word "jobs," what to do in Ukraine, crisis in Venezuela,…

4/ attacking media does nothing for the troop in harm's way, the hungry child in Appalachia or inner city, the unemployed factory worker.

He concluded his tweet series by wishing everyone a Happy Fourth of July, including President Trump.

But God bless America to all of you, including @realDonaldTrump, and Happy 4th of July 🇺🇸 🇺🇸 🇺🇸 pic.twitter.com/WeHxYstQIk

Tapper’s tweets come amidst Trump’s vicious feud with the co-hosts of MSNBC’s “Morning Joe,” Joe Scarborough and Mika Brzezinski, and his ongoing battle with the media.

Earlier Saturday morning, Trump tweeted that the MSNBC hosts were “crazy” and “dumb as a rock.”

Crazy Joe Scarborough and dumb as a rock Mika are not bad people, but their low rated show is dominated by their NBC bosses. Too bad!

He also sent out a tweet about CNN, where Tapper hosts two shows, saying that he was glad that the outlet had finally been outed as “#FakeNews.”

I am extremely pleased to see that @CNN has finally been exposed as #FakeNews and garbage journalism. It's about time!

Trump was referring to an exposé released earlier in the week by conservative guerrilla journalist James O’Keefe.

O’Keefe’s secretly recorded video purportedly shows that CNN is only focusing on Trump’s Russia connection for the ratings, and according to one producer, they think American voters are “stupid,” and President Trump is “crazy.”