Menu
Follow us
Search
Menu
Search
Actor and singer Justin Timberlake and wife actress Jessica Biel attend the TIME 100 Gala celebrating the "100 Most Influential People in the World" at Jazz at Lincoln Center on Tuesday April 23, 2013 in New York. (Photo by Evan Agostini/Invision/AP)

Justin Timberlake and Jessica Biel are coming up with just about every way possible to show everyone how much they’re still in love.

You’ve probably already glimpsed photos of them making out in Tuscany surfaced online about a month ago. But this week, Justin Timberlake and Jessica Biel posted some surprising news on their social media accounts: In celebration of their 10-year wedding anniversary, they recently renewed their wedding vows.

Biel said they chose Italy to renew their vows, according to Entertainment Tonight.

Justin Timberlake shared his happiness on his Instagram page. “10 years ain’t enough!” he lovingly wrote. You make me a better husband and father every day! I love you so much you beautiful human! Run it back!”

While the photo that Justin Timberlake’s posted showed the couple cozied up indoors, Jessica Biel’s Instagram pic captured them in a very different environment: chilly and outdoors.

“Being married to you is the adventure of a lifetime!” she wrote. “Run it back, baby. RUN IT BACK. I love you.”

Earlier this year, Jessica Biel revealed on The Late Late Show With James Corden how Timberlake proposed to her.

Timberlake proposed during a snowboarding trip in Montana, and Biel said the way he did it was “so nice and so sweet and so unexpected.”

“We were in Montana on a piece of property that we owned at the time,” Biel said. “We had snowboarded all day. It was in the middle of the winter. Waist-high snow. We were head-to-toe snowboarding outfits… hats, gloves, everything. All of a sudden, he gets down onto his knees and just sinks into the snow, and then he looks up at me and pulls up this ring and it was the most lovely, surprising, hilarious…”

Jessica Biel said she was shocked by the proposal and never saw it coming.

READ MORE: “Biel and Justin Timberlake Pack on PDA While on Vacation” 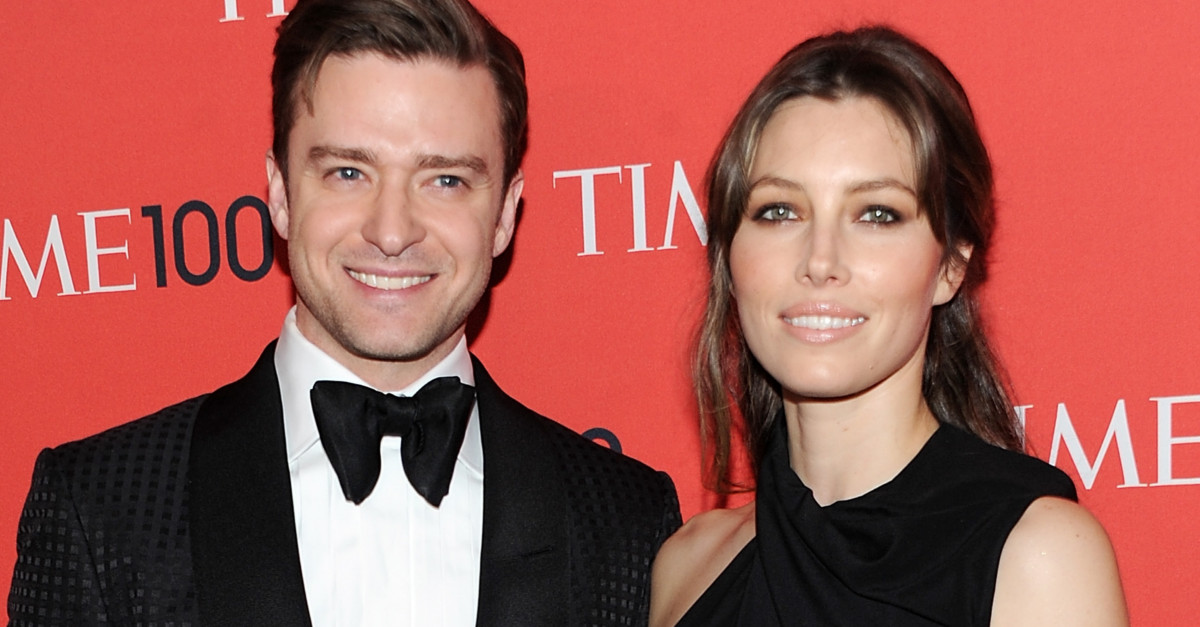