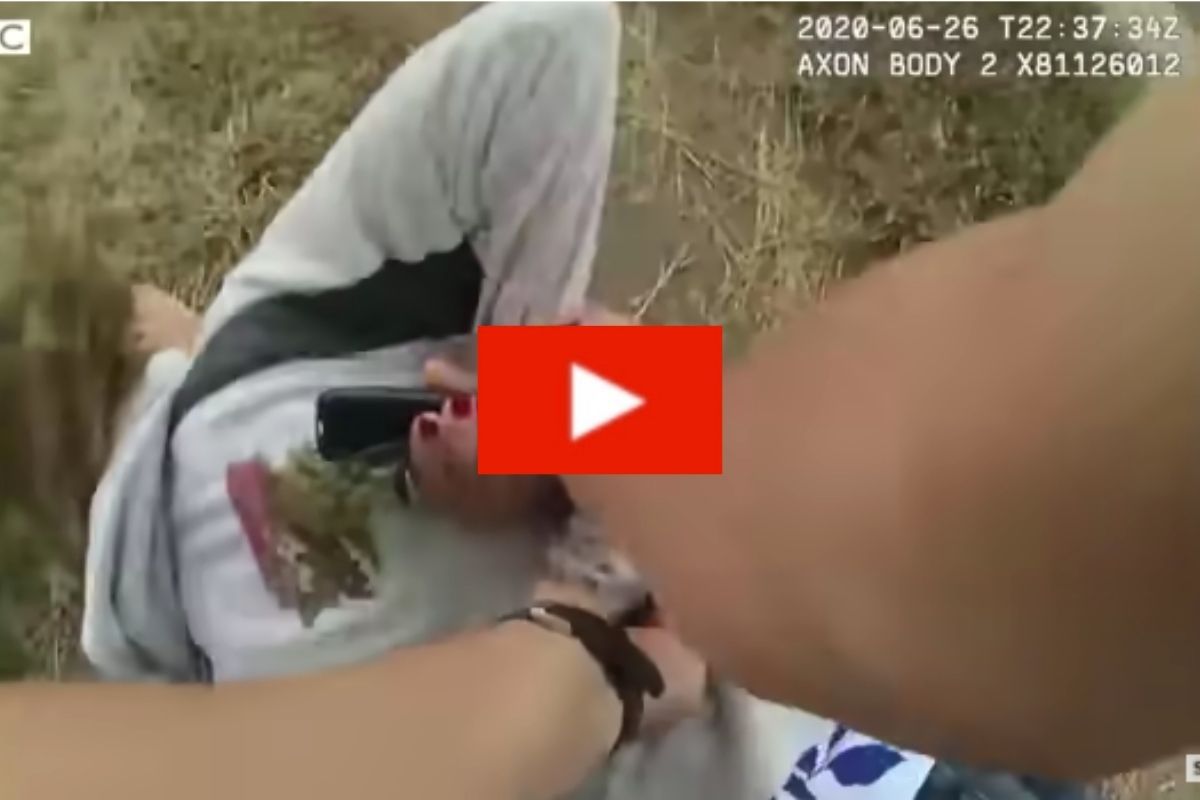 More of the story behind how Karen Garner, a 73-year-old woman with dementia who sustained a fractured arm and dislocated shoulder while getting violently arrested, revealed unsettling factors that provided insight into the characters of the arresting police officers. In a chillingly sad video released by Garner’s attorney, the officers are seen crowding behind a computer screen, mocking and laughing at Garner’s arrest video, resulting in their suspensions and a launched criminal investigation into the incident.

In Loveland, Colorado, last June, Garner had walked out of a Walmart without paying for the $13 worth of items she most likely had just forgotten to pay for. According to Walmart, employees had called the police after she had allegedly pulled off an employee’s mask before walking home. The body-cam footage shows Officer Austin Hopp intervening as police officers from the Loveland Police Department found Garner strolling home, plucking purple wildflowers.

Garner does resist, but only in confusion, as Officer Hopp roughly grabs her by her arms, folding them unnaturally backward to handcuff her while she cried that she was going home. As Garner fell to the ground, you can hear her shoulder pop out in the body camera video, just before the other officers struggle to put her in their police vehicle. The charges against Garner were later dropped, but now Garner’s family has filed a federal lawsuit against the city.

Sarah Schielke, Garner’s family’s attorney called the video “heart-wrenching” and “unseeable, telling the Washington Post, ?At one point, I broke down and I wept because it was so raw, wrong, and heartless. I don?t even know Karen, but it could have been my grandmother and I can?t imagine what the experience of having to live through that would be.?

What’s even more sickening than the handling of this incident, is the officers’ reactions to watching the booking video, which was also caught on camera. The officers are laughing at the body camera footage, making fun of the arrest of Karen Garner and their use of excessive force, with Hopp saying at one point, ?I was super excited. I was like, ?All right, let?s wrestle, girl. Let?s wreck it!? I got her on the ground and all that stuff. I got her cuffed up. ? Threw her on the ground a couple of times.?